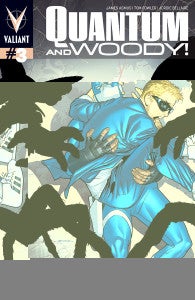 Valiant Entertainment tonight released a preview of the forthcoming Quantum & Woody #3, due out on September 4 from the creative team of James Asmus and Tom Fowler.

The series sold out its first issue, which comes back on August 21 with a variant cover by Emanuela Lupacchino. Because of the second issue being released this week, it means there will be a release from Quantum & Woody every two weeks until at least September 4.

"As a writer, I’m a firm believer that we need to know why the characters care about anything for us to care about anything so I really wanted to take the time and put that in there, along with all the craziness," said Asmus when we spoke with him about the book recently. "We have infinite number of issues, theoretically, to do all that stuff so hopefully you see enough madcap comic book-style action in the first one but it definitely blows out in issue two. We deliver on all that business in a real big way."

He also teased that, beginning after issue 2, the story will build to the all-important introduction of...The Goat!

Valiant is proud to present an advance preview of Quantum and Woody #3 – the next issue of the summer's best-selling, critic-scorching new series debut by James Asmus (Thief of Thieves) and Tom Fowler (Venom)! The scheming forces of the E.R.A. will stop at nothing to unlock the secret science behind Quantum and Woody’s powers – and they’re just getting started!

What scares you more than anything else you can imagine? WRONG. The answer is…the Nightmare Brigade! See what it takes to tear our boys apart – figuratively and literally – as Quantum and Woody fall into the clutches of the super-science abominations that want to dissect the source of their new powers quark by quark!

Plus: find out what brought Valiant's newest "heroes" – kind of a stretch, we know – together on August 21st when their sold-out first issue returns to stores everywhere with the Quantum and Woody #1 Second Printing Variant, featuring an all-new cover by Emanuela Lupacchino (Bloodshot and H.A.R.D. Corps)! 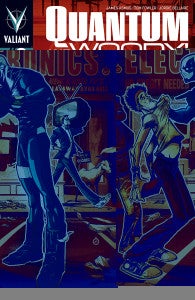 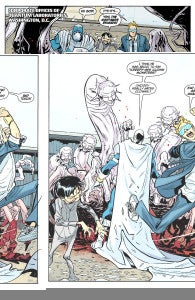 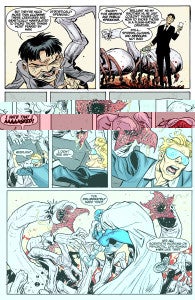 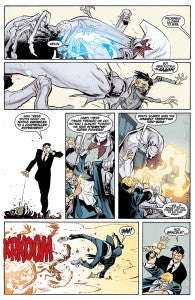 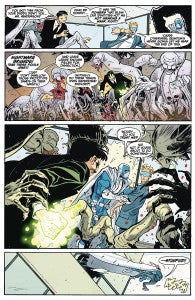