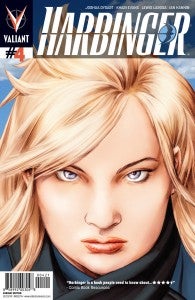 Valiant Entertainment has released an early look at Harbinger #4, coming next week from the publisher. In the penultimate chapter in the title's first arc, Peter Stanchek is going to kick off a series of events that may bring the Harbinger Foundation to the ground.

Check out the preview pages, along with solicitation text for the title, below.

Valiant is proud to present an advance preview of Harbinger #4, from New York Times best-selling author Joshua Dysart and Harvey Award-nominee Khari Evans! Teenage superhuman Peter Stanchek is about to prove that he's the future of the humanity. Even if it means burning Toyo Harada's Harbinger Foundation to a cinder.

Inside the walls of Harada's secret psiot academy, Peter thought he would finally find freedom. Instead, he found a prison designed, built and commanded by a man who has deceived the world with his power. As his most promising pupil quickly becomes his greatest enemy, Harada is about to reveal just how far he will go to maintain his influence - and, to defeat him, Peter will be forced to push the power inside himself to as-yet untested limits. Can a new recruit to the Harbinger cause, Faith Herbert, temper Peter's anger? Or will she be the first in a new line of students that must now choose a side between student and teacher, hero and villain?

On September 12th, school is out. Of control. The series that Ain't It Cool News calls "the best book on the market" barrels toward an unavoidable confrontation that will fracture the very foundations of the Valiant Universe, only in Harbinger #4! 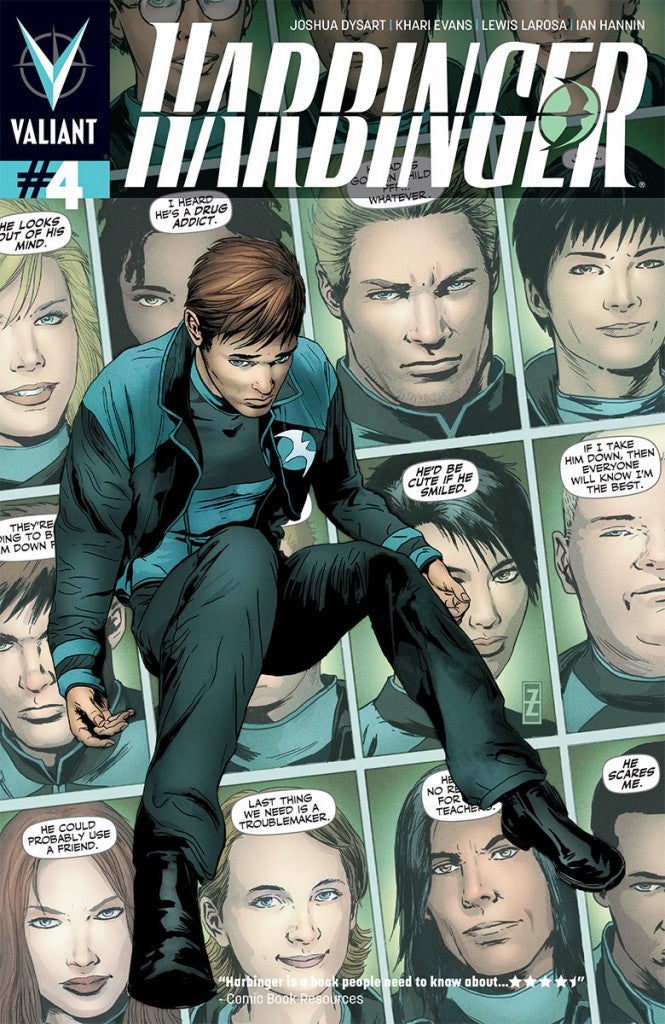 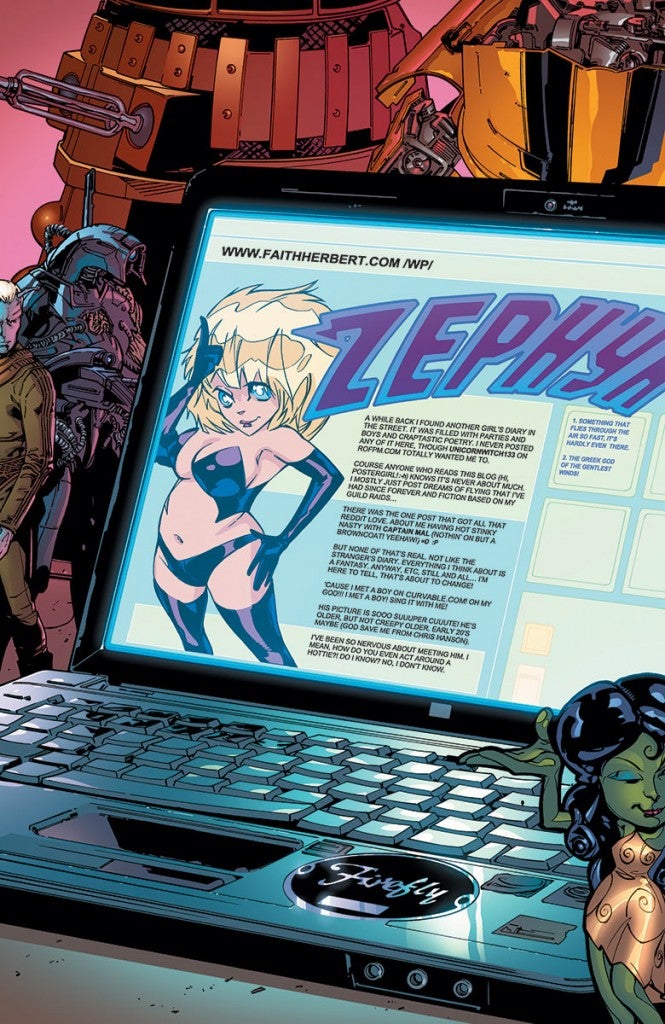 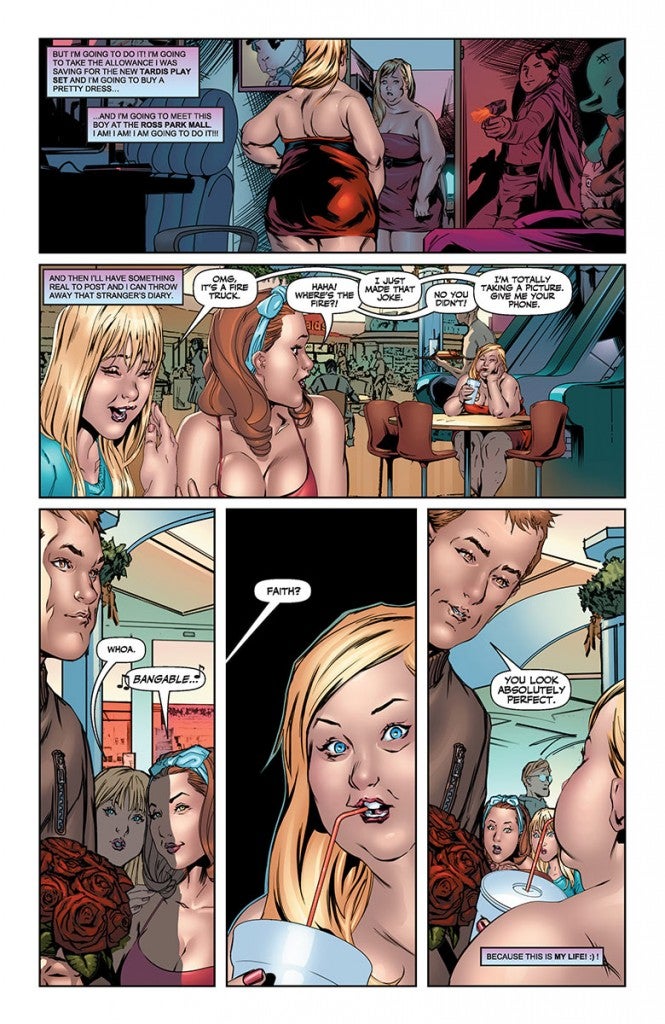 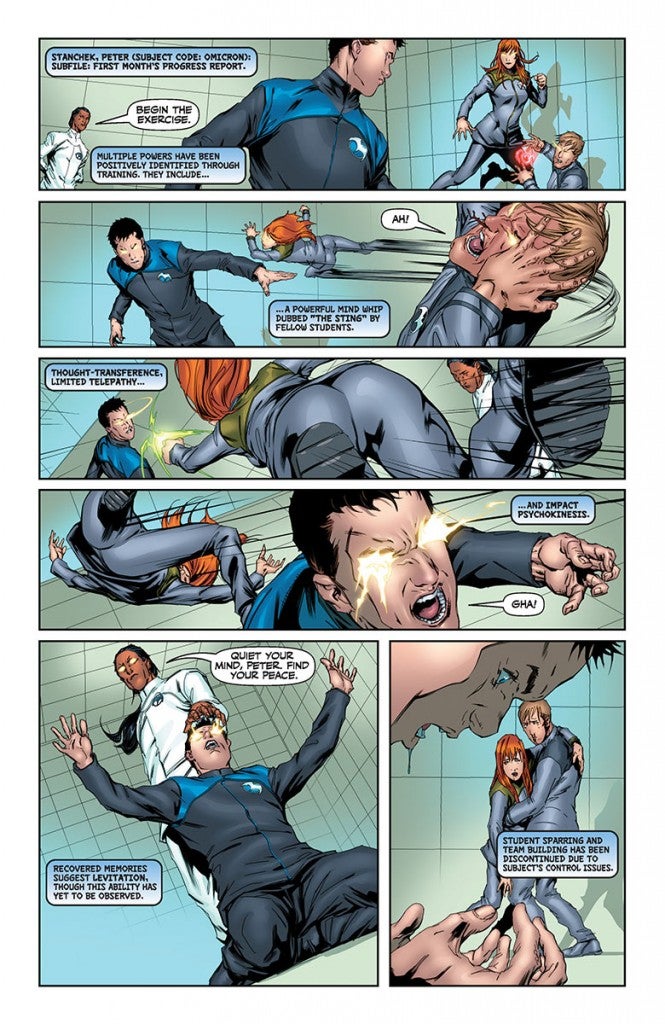 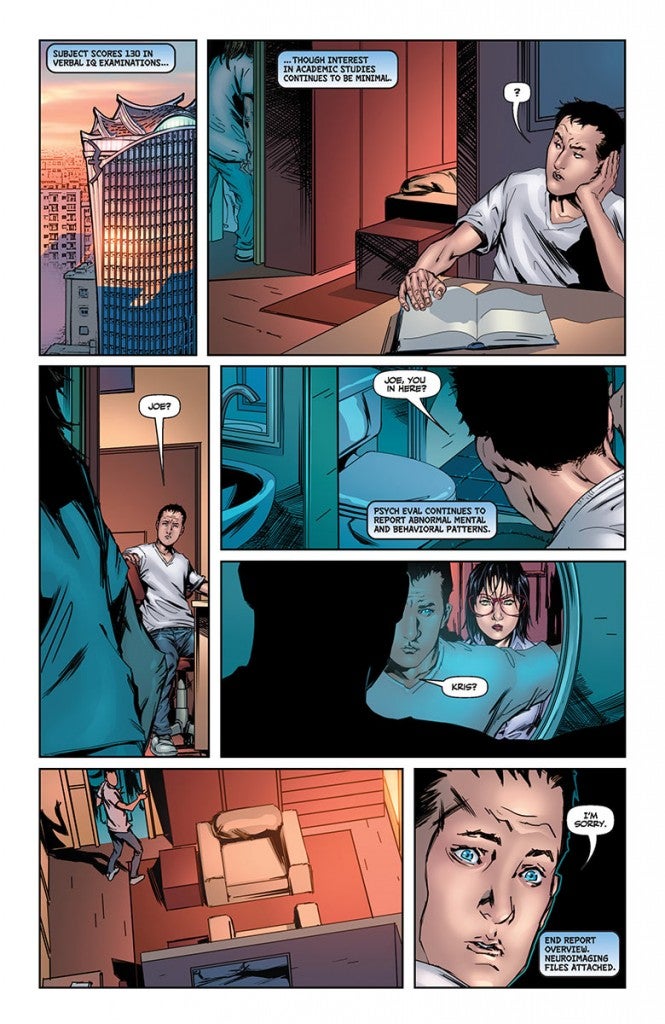 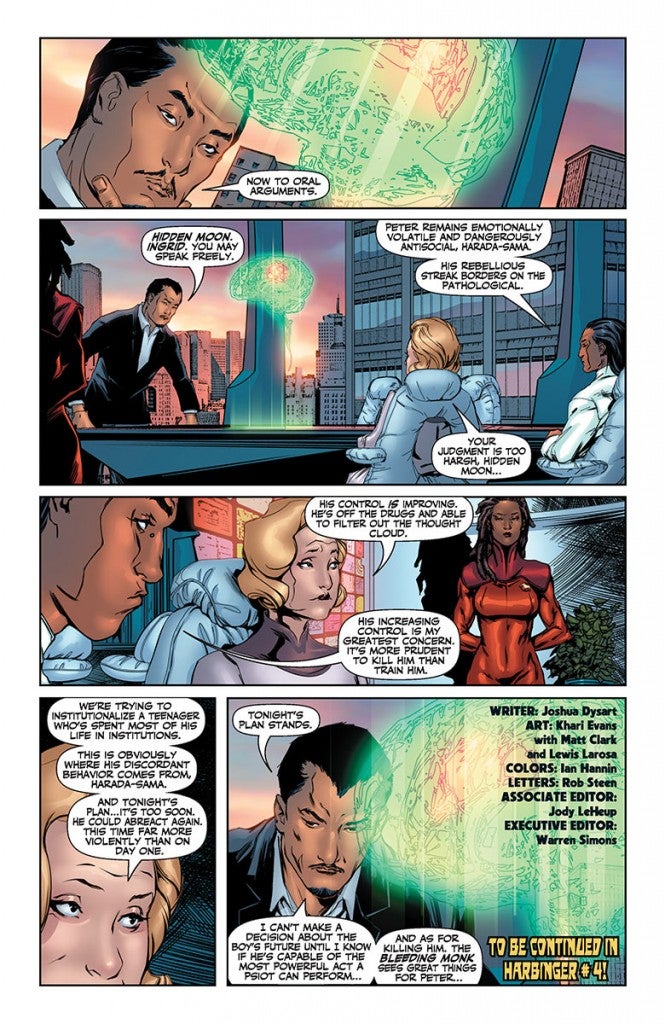