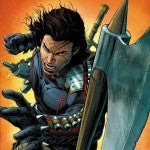 ALL-NEW ARC! Not even time itself can escape the Eternal Warrior! 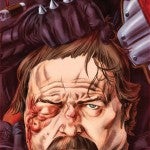 No one in the Valiant Universe is more terrifying, more dangerous or more experienced in the art of war than the undying Eternal Warrior. After thousands of years on the battlefield, he's a master of strategy and weaponry, an unrelenting force of nature capable of dismantling entire armies with little effort and less conscience. His brother Armstrong, on the other hand, likes to read poetry and drink beer. Maybe that's why they had such a bad falling out? But now — after years apart — the Eternal Warrior has a new mission: destroy young Obadiah Archer, Armstrong's best-est new buddy and teammate in the war against The Sect. And, like it or not, Valiant’s history-smashing adventure duo will soon feel the wrath of the Eternal Warrior’s fist and steel. 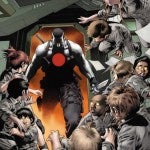 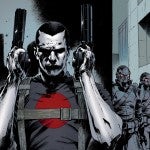 Bloodshot is the creation of Project Rising Spirit, and for years they’ve loaned him out to the U.S. government for the kinds of insane, blood-splattered missions that only a nanite-enhanced commando could possibly survive. But those will be nothing compared to the horrors that await him inside the heavily fortified walls of PRS itself, whose subterranean levels are populated by failed “projects” that kill and maim for fun. And God help anyone who dares pry open the doors to the “nursery”…

If you’ve been hesitating, waiting for the right moment to jump on board Bloodshot – the series Robot 6/Comic Book Resources calls “simply mind bending” – here’s that moment! After this issue, there might not be too many characters left alive… 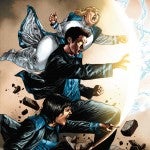 Charlene Dupre feels like she's been on fire since the day she was born. 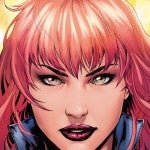 Too hot to handle, abused and misused, she's turned to a dead-end life on the sleazy side of the New Orleans streets. But when Peter and his strange band of teenagers with wondrous powers walk into the strip club where she works, Charlene discovers the heat that's been burning her up inside is the only thing that can set her free. Meanwhile, Project Rising Spirit closes in on Peter Stanchek, the most dangerous boy in the world. Vengeance, acceptance and fire. Meet the next member of the Harbinger Resistance as “Renegades” begins a brand new chapter! 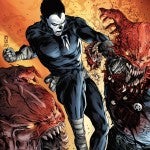 Shadowman's first night on the job may just be his last.

Jack Boniface has become the next Shadowman, which would be great if he had any idea what he was doing. But he doesn't and he's out of time. Master Darque has dispatched the terrifying Mr. 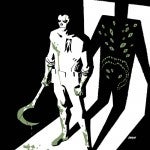 Twist to destroy Jack, and the demonic creature is tearing through half of the Big Easy in search of his prey. If the Abettors — the mysterious organization that's spent hundreds of years protecting New Orleans — can reach Jack first, he's got an outside shot at making it through the night. Find out if he'll live to see tomorrow when the return of the legendary Shadowman continues this December! 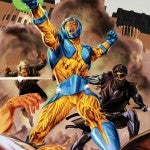 Deep within the halls of the MI-6, a sinister plot by The Vine’s alien agents is about to come to fruition. Their goal? Wipe humanity off the map – beginning with X-O Manowar. To get the job done, The Vine has enlisted 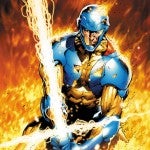 Ninjak, the world’s most lethal assassin, but by doing so, they may have sealed their own fate. What began as a war between two men must become an uneasy truce…or Earth will fall. Betrayal, death, and a changing of the guard await in this explosive conclusion to the smash hit arc establishing X-O Manowar in the Valiant Universe. 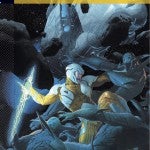 Special introductory price! Jump on board the year’s hottest super-hero series for only $9.99!

The beginning of the all-new Valiant Universe starts here! Aric of Dacia is a brash warrior and heir to the throne of the Visigoth people. He has lived his life under the heel of the Roman Empire, but now a far more terrible enemy has come to subjugate him. Taken from his home and family, Aric is enslaved aboard a starship belonging to a brutal race of alien colonizers known as The Vine. If he is to have any hope of escaping and returning to Earth, he will have to steal the Vine’s most powerful weapon – a sentient suit of indestructible armor - and become X-O Manowar!