This is that time of year when everyone (including ComicBook.com) is doing year-end wrap-up pieces and, during the course of our discussion of who the defining figure of the year was, a couple of us realized that nobody really agrees on such a thing.

So, of course, we decided to put it to you, the readers, to give us some input. Below is a list of candidates for ComicBook.com's Person of the Year 2012, something we just made up, and a short paragraph describing why each is a strong candidate. This is about the person in comics (not related media--no Joss Whedons or Glen Mazzaras here, I'm afraid) who defined 2012. Was it Dan DiDio, for breathing life into Before Watchmen, or Chris Roberson for rebelling against it? Was it Robert Kirkman, for bringing more new faces into comic book stores this year than anyone else or Brian K. Vaughan for having what's arguably the best series on the rack month in and month out? It's up to you to convince us which of them deserves the title; just e-mail your responses to russburlingame@comicbook.com between now and January 30. On January 31, we'll run a story based on your feedback and name the consensus Person of the Year. Note, this isn't a straight democratic vote; reader's input will be taken into consideration along with the ongoing discussion of the writers. This is done mostly to avoid a situation where everyone collectively decides to vote for Chuck Austen or something just to have fun with us, or where we don't get enough votes to be considered a prevailing opinion but it comes out six to four to two to one or something. In any event, on to the list. These are presented in no particular order, other than the order it occurred to us to list them. And if we don't cover your particular candidate, by all means let us know. Maybe we'll add them. 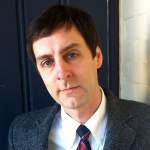 Eric Stephenson If we were inclined to name a publisher of the year, Image Comics would be the unambiguous winner. Nearly every launch this year was a massive success, and they attracted major, name talent who were leaving the big two, disaffected and looking for a home for their creator-owned work. Stephenson not only played a role in bringing books like Fatale, Saga and Revival to life, but gave an impassioned and articulate plea for creator rights and more responsible publisher behavior in the wake of DC's Before Watchmen announcement, turning the controversy surrounding that launch to Image's advantage with many creators and some fans. 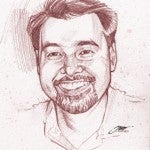 Hank Kanalz DC's digital maven was just announced as the new chief of Vertigo, showing a confidence in him that's well-founded as DC has not only made big digital progress through ComiXology but also migrated their content to tablets, beating Marvel to the biggest and most aggressively-growing marketplace in publishing right now. Expect Kanalz to make himself even more known in the coming year; he'll have to make Vertigo his own, and it's still got plenty going on with Fables and the Millennium Trilogy. Meanwhile, the digital front will only get bigger. Rob Liefeld 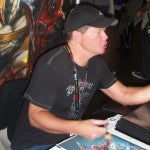 Besides his hugely publicized and acrimonious split with DC, his less-publicized but still-acrimonious split with Robert Kirkman and Twitter feuds with the entire world, Liefeld managed to make news by, you know, actually creating comics occasionally, too. Liefeld charted an aggressive course for Extreme Studios, resurrecting his old Image imprint and giving us some of the best comics of the year (through good hiring, not actually by working on them himself, but still). He also took over a handful of DC Comics's bubble books and, while none of them garnered stellar reviews under the writer/artist, he managed to keep them afloat and grant them a new lease on life before eventually storming off all of them due to editorial disagreements with the publisher. 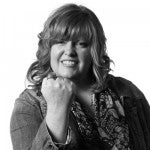 Gail Simone Even before she was fired from Batgirl, causing an outpouring of support so profound that DC hired her right back for the same job, Simone was one of the loudest voices in American comics. As we noted at the time, the way that whole situation was handled should be an object lesson for DC on how NOT to deal with talent, not least of all because they completely failed to take the temperature of the industry at the time they did it. She's also certainly the most visible and outspoken female creator in the marketplace at a time when there are a lot of serious conversations happening regarding female representation in the industry and between the pages. Now, if only she could get to work on Stephanie Brown...! 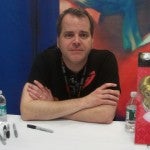 Chris Roberson With Michael Allred, Roberson was doing one of the best creator-owned titles at Vertigo this time last year, in the form of iZombie. With the end of that series and the launch of Before Watchmen, though, Roberson was freed up to speak out against the status quo at the major publisher, earning himself support from the fans and other creators while alienating himself irrevocably from DC Comics. Shortly after that, though, he launched his own successful publishing initiative in Monkeybrain, arguably the first digital-only publisher to really penetrate the mainstream market in terms of name recognition and the home to some of the year's finest comics. 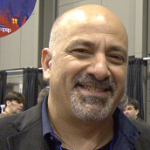 Dan DiDio What about the guy who launched Before Watchmen and spurred all those other people to anger? DiDio is also probably the same guy who ultimately made the decision to fire Simone (because, really, who believes middle management makes that kind of call?). DiDio shepherded in the New 52 last year and is looking for a way to top that now. Taking on more creative responsibility and taking big chances like Before Watchmen are likely just the beginning. 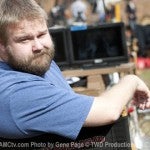 Robert Kirkman Kirkman is a hit factory, churning out a ton of top-selling comic books and creating a product in The Walking Dead that's evergreen for retailers; not only does it sell pretty much nonstop but in doing so, it brings new faces into comic book retailers and creates new fans. With Thief of Thieves, Invincible and now Clone all certified hits as well and The Walking Dead taking over television the way The Avengers took over movie theaters, it's difficult to imagine that once upon a time Kirkman was having Marvel books based on established properties cancelled for low readership. Yeah, I still miss The Irredeemable Ant-Man. 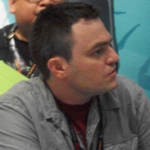 Scott Snyder Not long ago, Snyder was a little-known import from Image Comics who couldn't believe he had a job in the Batman offices. (That's from his recent interview with Kevin Smith; it's not a shot. I respect Snyder tremendously and love his work.) Now, he and Greg Capullo have put together some of the best and best-selling Batman comics in years, and along the way he's also established his range by breathing life back into the Swamp Thing franchise. Snyder's career has been growing by leaps and bounds in recent years.  And with a new, Jim Lee-drawn Superman title on the horizon, he seems poised to 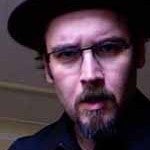 Ed Brubaker Long one of the best-selling and best-reviewed writers in comics, Brubaker's year has been an interesting one; stepping away from his long-running titles at Marvel Comics, he has decided to focus on his creator-owned work, including Fatale, the Image Comics series he started with longtime collaborator Sean Phillips. Fatale, of course, enjoyed a spate of sell-outs and became an early candidate for everyone's favorite book of the year. In fact, it made our top ten launches of 2012. In the meantime, though, he was one of the contributors on Avengers vs. X-Men, the year's biggest cash cow and the event that set the stage for Marvel NOW! A heck of a way to go out...! 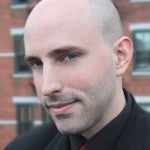 Brian K. Vaughan The other big Image creator of the year, and arguably the creator everyone was watching all year long, was Brian K. Vaughan. Coming back from a brief comics hiatus following the end of Y the Last Man and Ex Machina, Vaughan's Saga has been a best-seller, garnering some of the best reviews of the year and topping just about everyone's year-end lists. It's sold out so often it's actually created problems between Image Comics and retailers. That's how impressive this book is performing in the direct market. And, of course, with the first trade on the New York Times bestsellers list, Vaughan has essentially proved his marketability both in and out of the direct market. 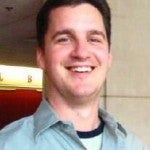 Steve Wacker One of the best editors in recent comics history, the former 52 showrunner is now the guiding hand behind fan- and critical darlings like Daredevil and Hawkeye. He, along with Tom Brevoort and Axel Alonso, are also the public face of Marvel as Joe Quesada retreats more and more into his executive duties and, presumably, into Hollywood. And they are, by and large, a friendly face. Wacker, in particular, calls back to the days of Stan Lee--with quick wit that's even better delivered via social networks than Stan's was in letter columns. Also, doesn't he have some big Spider-Man thing going on? That seems notable. 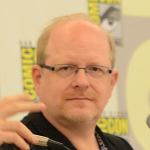 Mark Waid The writer of the aforementioned Daredevil, as well as the just-launched and red-hot Indestructible Hulk, is at the forefront of the digital comics movement, experimenting with Thrillbent and putting everything on the line to do it (he sold his physical comic book collection to finance the startup). Long one of comics's most outspoken supporter, Waid finds himself celebrated uniformly by fans, critics and other pros for his work on Daredevil, which many are saying is the best take on the character since Frank Miller. At the same time, he's frequently thrust into the middle of the print-versus-digital controversy, fighting to keep his cool and present his case while still working the kinks out of his own system. Apparently, though, something's working: Thrillbent just went live on ComiXology this week.

Vote For ComicBook.com's Person Of the Year