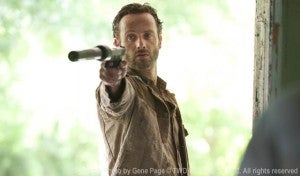 AMC announced the move, alongside panels for Breaking Bad and Comic Book Men, earlier today via their blog.

The panelists will discuss the upcoming season three, which is currently filming in Georgia and will launch in October on AMC.

Kirkman and Nicotero will also be on-hand at the Walking Dead Escape: San Diego at PetCo field at some point in the weekend.