Walt Simonson is providing a cover for an upcoming issue of Image Comics's The Perhapanauts: Danger Down Under by Todd Dezago and Craig Rousseau - and he's got a little something extra for fans of his Facebook page.

The legendary artist is providing fans with a step-by-step insight into how he draws a cover, starting with a rough outline of the image on plain paper and working all the way through the final product. 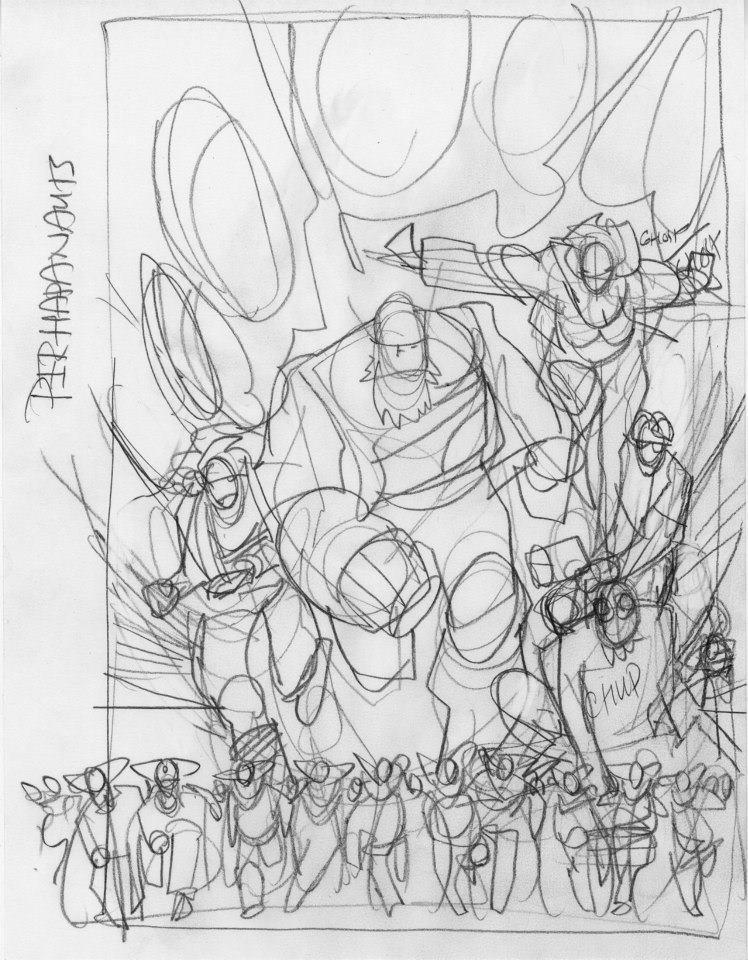 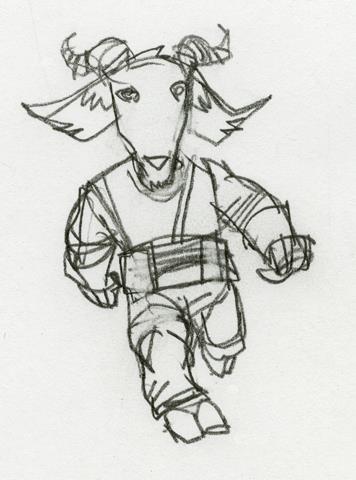 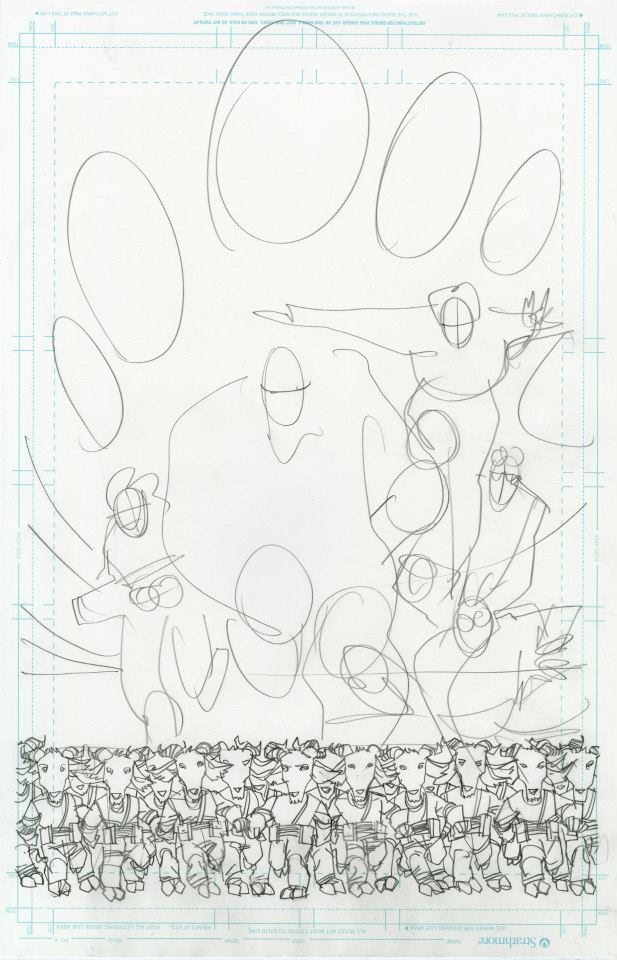 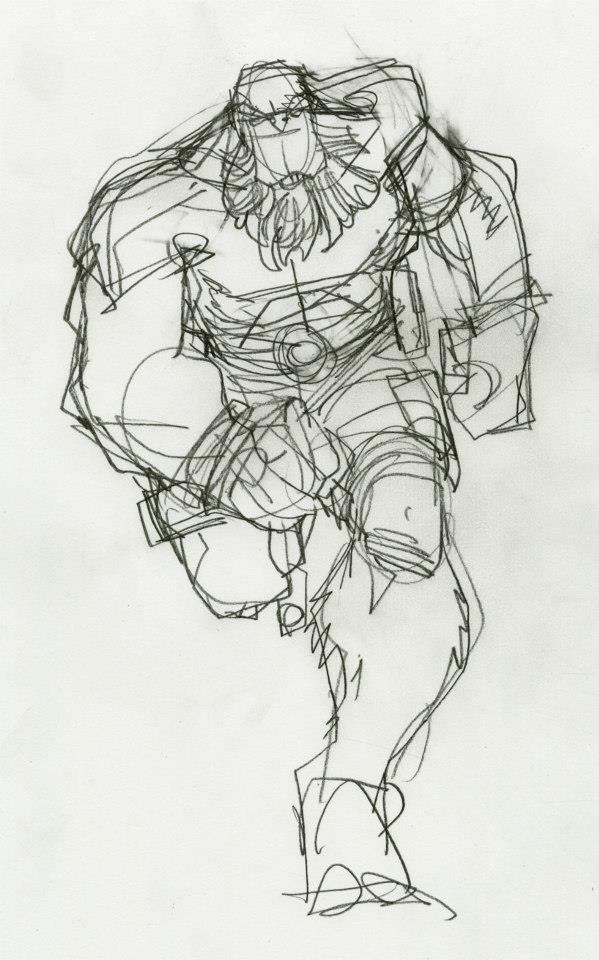 A Large Gentleman for the cover. Pencil structure. 6.5. x 10.4. 2012.
His left foot is behind the gremlins so it doesn't need to be worked out carefully. To the untrained observer, probably none of this looks carefully worked out but trust me. Bill Sienkiewicz could ink this with his eyes closed!
Please note - Bill ISN'T inking the drawing. I was just making a crack and the implications didn't even occur to me. Back to sleep, everybody.[/caption] 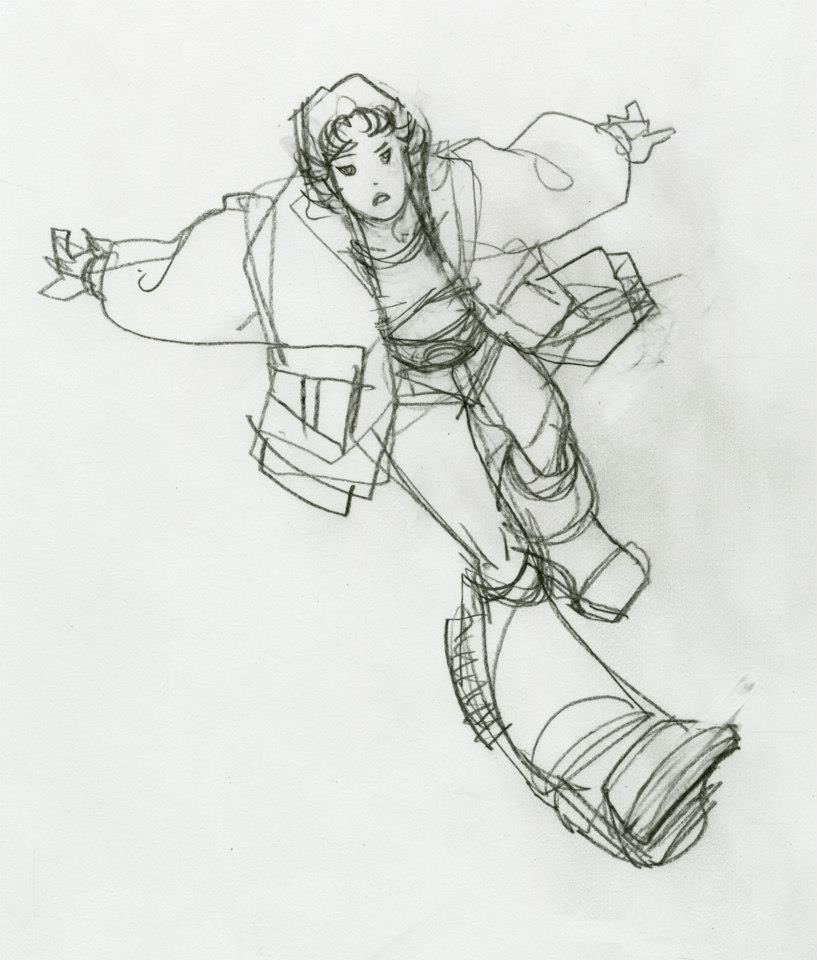 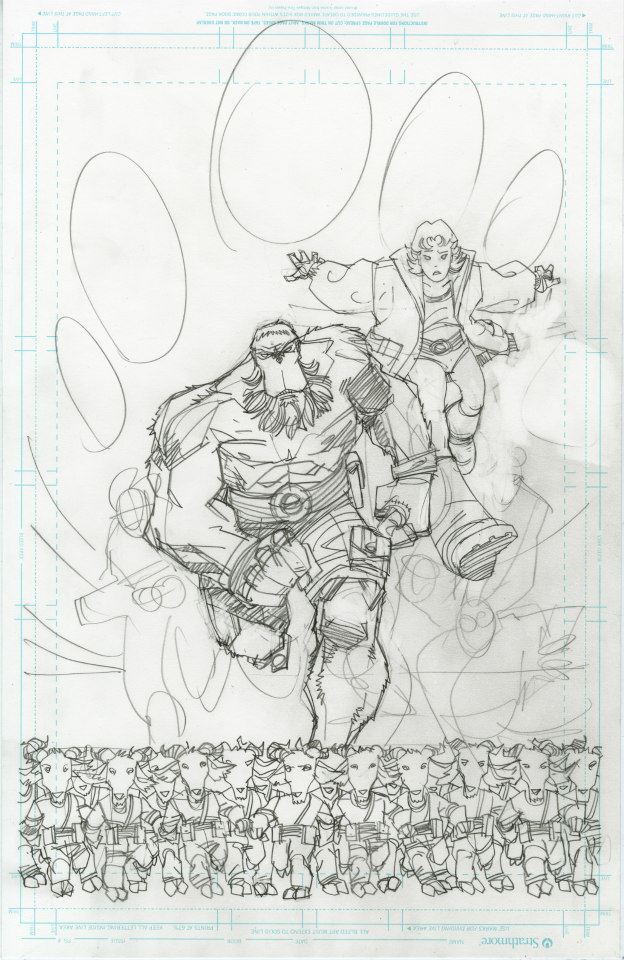 Onward and upward, but I'm done for the night. More tomorrow. Three additional figures and a dimensional nexus to go.[/caption] 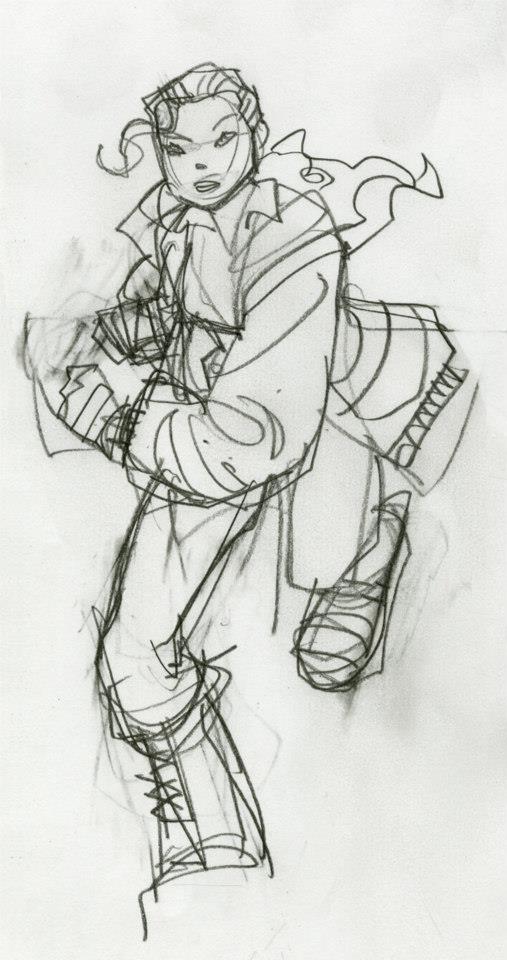 Arisa. Pencil. 4 x 7.5. 2012.
Structure drawing. Did this one larger than the final pencil size so I xeroxed it down to scale, and then had to do some adjusting to get it to work out as I wanted it to. But this was my initial structure for the figure. Based on some lovely drawings by Craig Rousseau.
The front foot, again, was behind the Gremlins so I didn't have to work that out so carefully.[/caption] 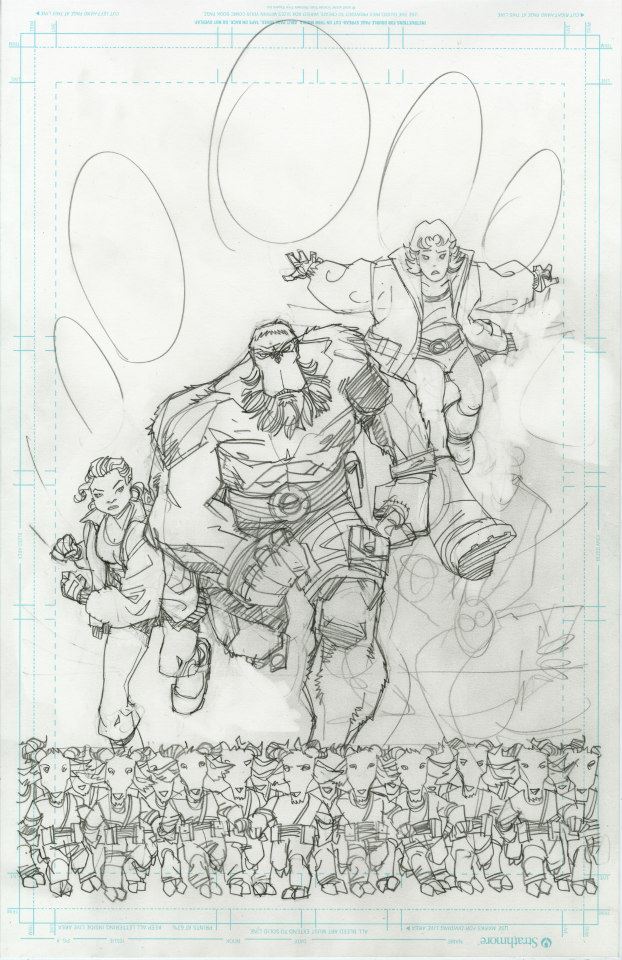 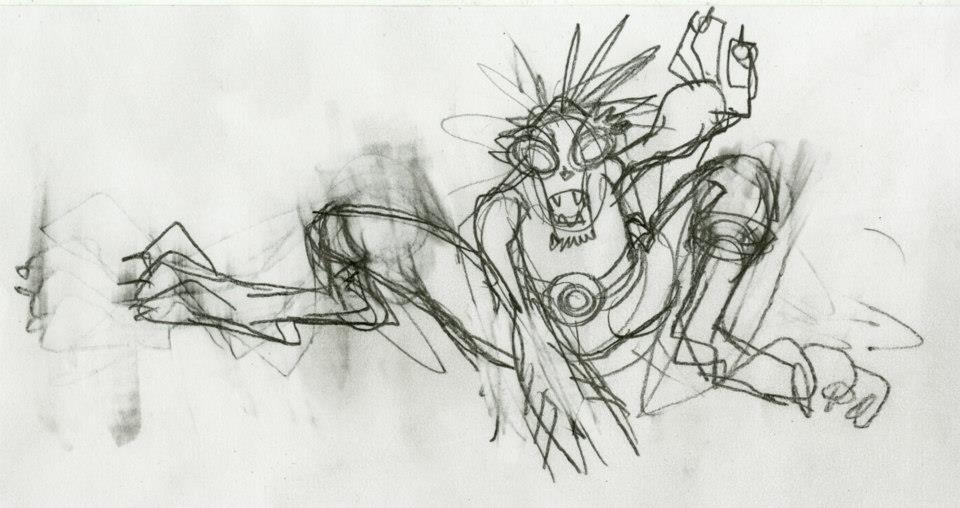 Choopie. Pencil. 4 x 8. 2012.
In the pencil drawing, I shorted up the legs a good deal, and added a little foreshortening to the feet to bring the feel of the figure a bit more forward. Also changed the left hand a little to accommodate the figure behind Choopie.[/caption] 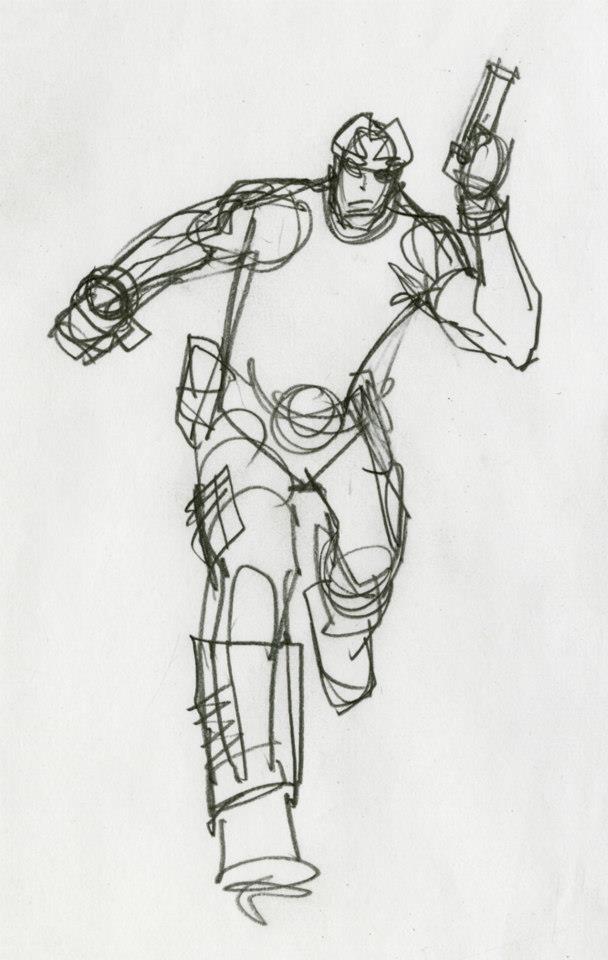 MG. Pencil structure. 4.5 x 7. 2012.
Pretty simple structure drawing, mostly for proportion as much of this figure is behind other figures.[/caption] 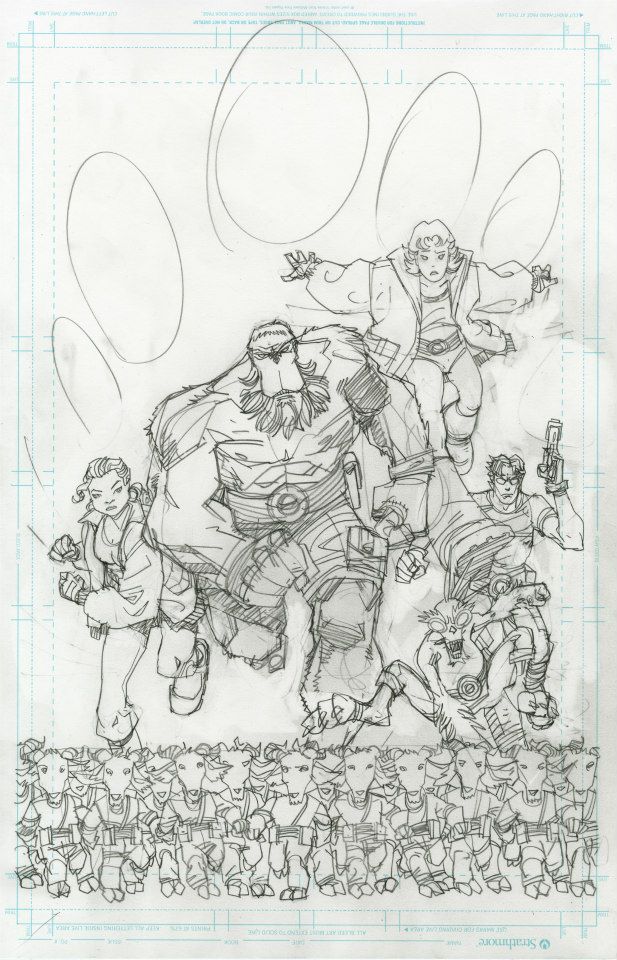 Round 327.
Two figures this time. I did separate structures for them but they're bound so closely together in the composition that I worked back and forth a little between them.[/caption] 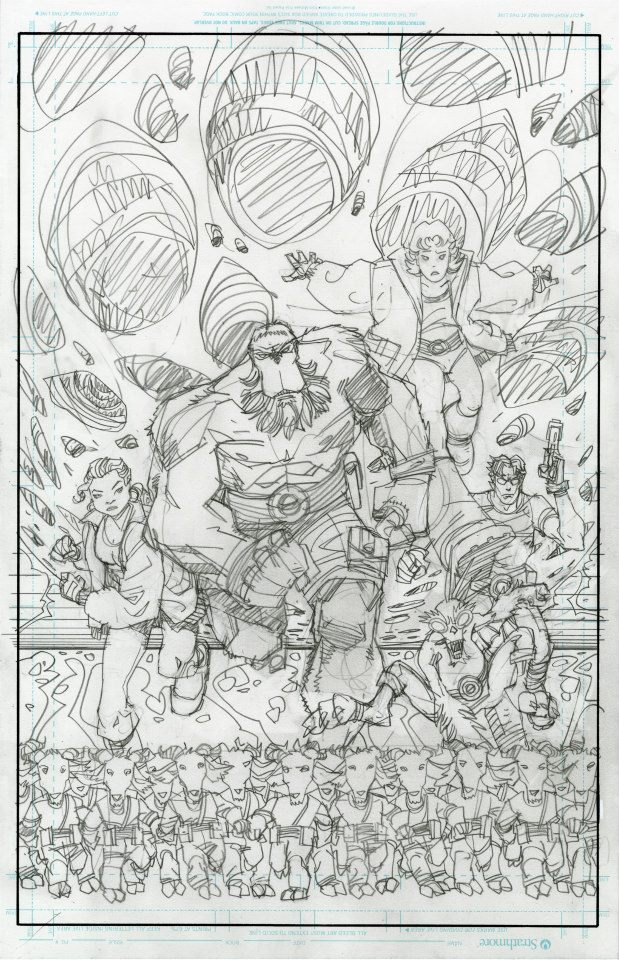