Legendary Picture revealed the official logo for the Warcraft movie at 2014 San Diego Comic-Con International. Warcraft is based on the Warcraft video game series and set on the world of Azeroth.

Comicbook.com snapped some photos of the Warcraft logo and some weaponry from the movie on display at the Legendary booth. The weaponry on display was the Dragon Sword, Lion Shield, and Doomhammer. 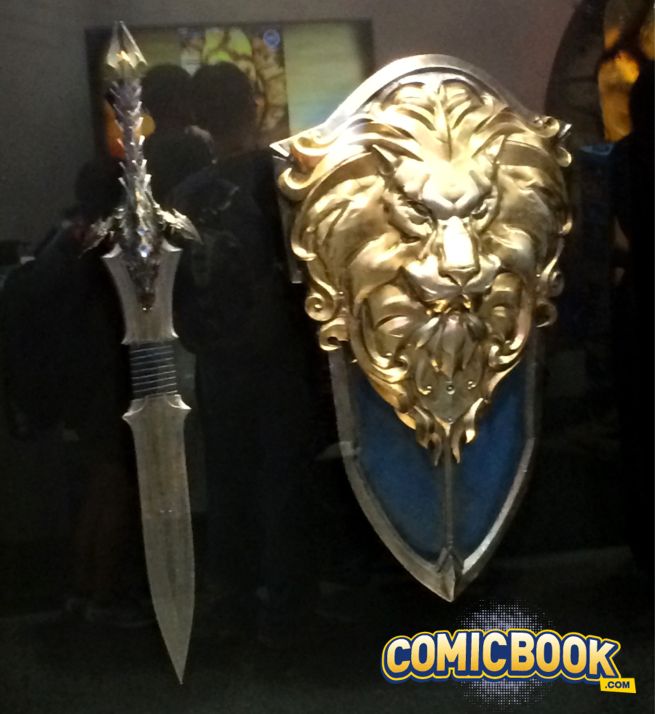 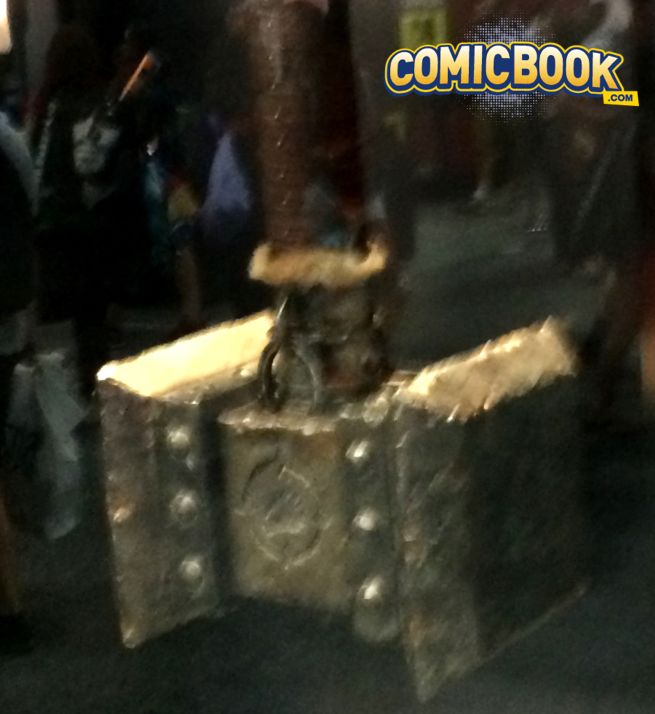