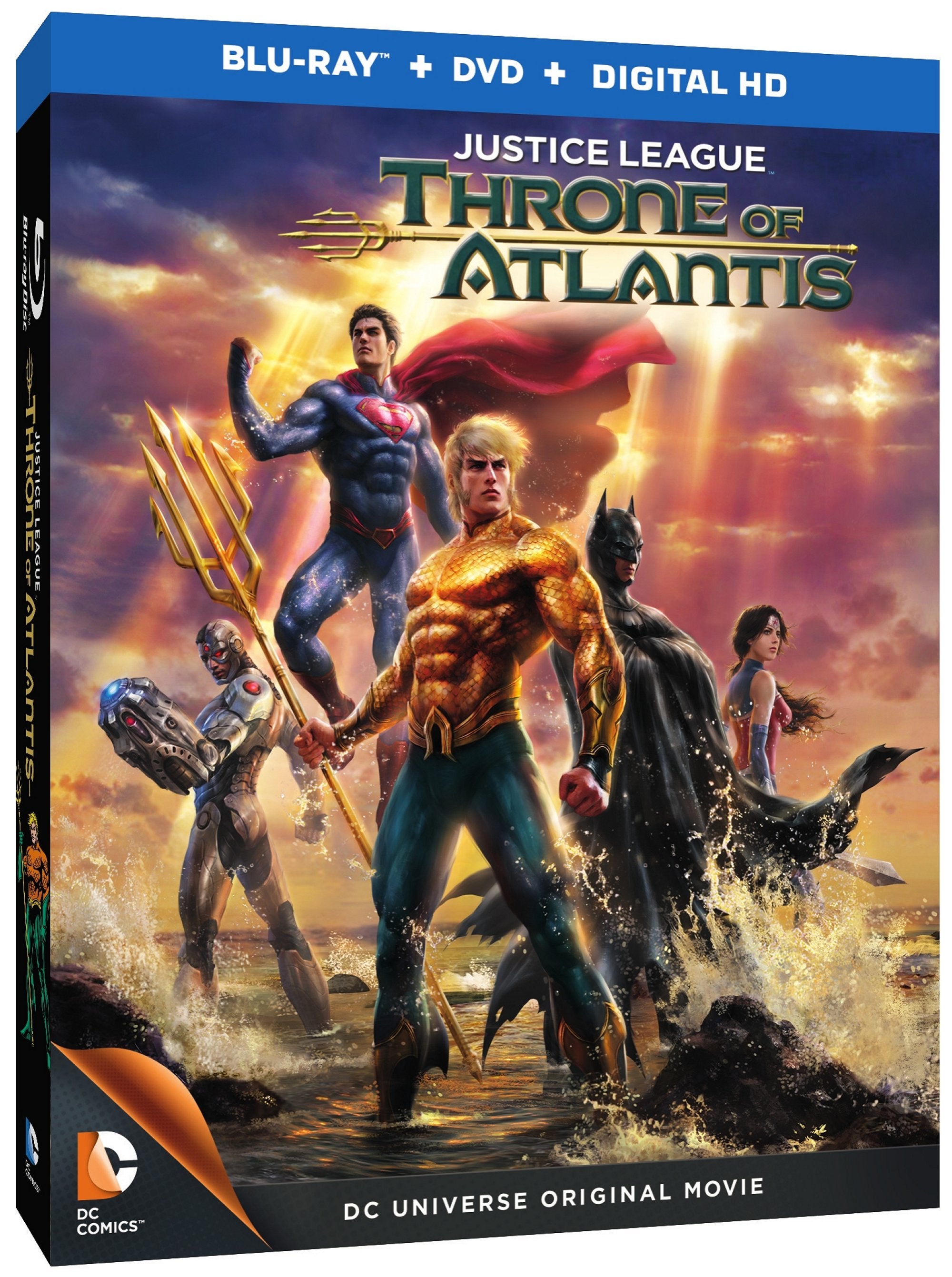 Warner Bros. has announced January 27, 2015 as the official release date for Justice League: Throne of Atlantis, the next DC Universe Original Movie from DC Comics.

Throne of Atlantis will continue the narrative thread established in Geoff Johns’ New 52 run on Justice League, adapting the identically-named comic book storyline. Following the Justice League’s formation in Justice League: War—which was based off of Johns’ Justice: Secret Origin story—the League discovers the underwater civilization of Atlantis. Unfortunately, Atlantis already knows all about the surface world, and is planning an invasion as repentance for the damage brought by the war with Darkseid in Justice League: War. As The Justice League gets pummeled by Atlantis’ leaders Ocean Master and Black Manta, humanity’s only hope will rest with the newly-discovered superhero Aquaman.

Justice League: Throne of Atlantis will be available on Blu-Ray, DVD, and Digital HD. The main feature will run for 75 minutes, and the Blu-Ray will come with plenty of bonus features. While there’s plenty of featureless to be had, the real nuggets are a first look at DC Universe’s next feature, Batman Vs. Robin,” and a “Robin and NIghtwing Bonus Sequence.” According to Warner Bros., Robin and Nightwing will “join forces” in an “excited bonus sequence” with commentary from producer James Tucker. We expect the sequence will be a mini-feature like DC Animated has done in the past.