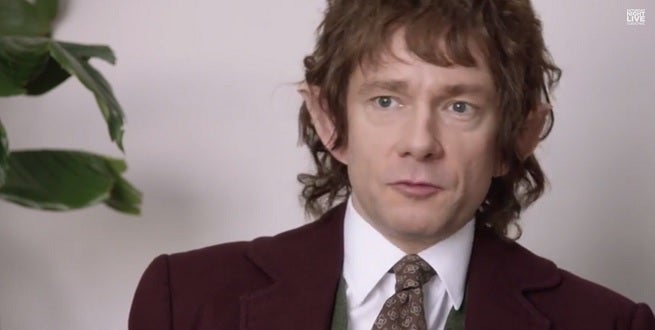 The Hobbit and The Office star Martin Freeman appeared on NBC's Saturday Night Live last night and, of course, the similarities between the two are too obvious and irresistible to avoid a mash-up.

The Hobbit: The Battle of the Five Armies is due in theaters on Wednesday.