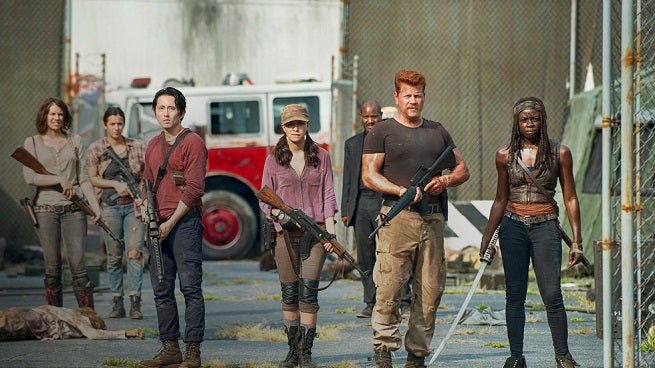 As they're wont to do now, so that fans can at least be spoiled by the show instead of social media, AMC has released footage from what's bound to be tonight's most talked-about scene of The Walking Dead online following the East Coast airing of the show.

Check it out below -- and spoilers, obviously.

They've also released a version of the scene that is intercut with interviews and other footage from the series, looking back on the series lifespan of one of the longest-lasting and fan-favorite survivors.

The Walking Dead returns to AMC with new episodes in February. New Year's Weekend, the network will host a marathon starting from the beginning of the series and airing every episode.