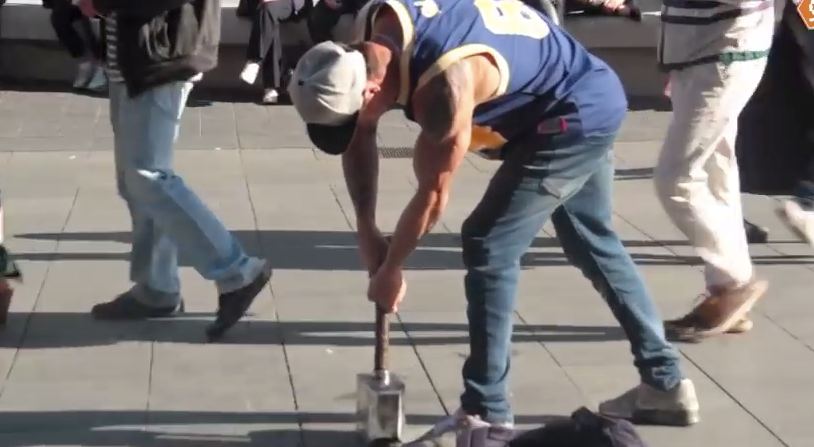 It seems that in order to be deemed "Worthy" in the land of Midgard, humans only need to be stronger than high-grade Gorilla Glue.

Such is the case in this hilarious Thor-themed prank that a group of humorists pulled earlier this month. By covering Thor's enchanted hammer Mjlionir with Gorilla Glue and sticking in the center of a public square, the prank proved that we mortals have a long way to go before we can join The Avengers. Of course, the prank is a riff of the mythology behind Mjilionir. According to Thor lore, only those deemed "Worthy" by the hammer can lift it from the ground and assume Thor's power.

Watch the unsuspecting mortals show their lack of worth in the video below. Indeed, Odin would be ashamed.

Thor wields the hammer once more when Avengers: Age of Ultron opens on May 1.