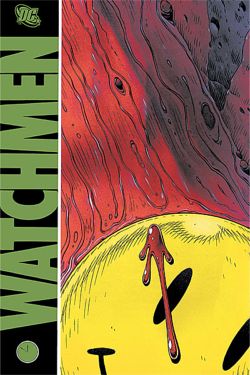 A segment to be featured on a companion DVD release to the Watchmen movie has apparently received an "R" rating. According to reports on MTV’s Splash Page, the MPAA has issued the rating for the Tales of the Black Freighter animated feature that is scheduled to be released on a forthcoming Watchmen companion DVD single.

Tales of the Black Freighter is a mini comic that’s plot plays out throughout the entire storyline of the Watchmen comic. In Tales of the Black Freighter, the hero, called The Mariner, is a shipwrecked swashbuckler, who desperately tries to return to his home port before a fleet of pirate ships arrives. The pirates are known for their bloodthirsty acts, many of which are gruesomely portrayed in the comic. For example, the Mariner disposes of the rotting corpses left behind by the villains. Since Watchmen director Zack Snyder has repeatedly promised to make a “true to the original” movie, those scenes are primarily responsible for the segments "R" rating.

The Tales of the Black Freighter storyline will be animated. The Internet Movie Data Base lists the segment, but the only rating given next to the short film is a “V,” for Violence. Gerard Butler is listed to provide the Mariner’s voice, and actress Salli Saffioti is to provide the voice of the hero’s daughter. Oddly, the Internet Movie Data Base lists Dave Gibbons, and not original Watchmen writer, Alan Moore, as the segment’s writer. This is perhaps because Alan Moore asked to have his name removed from the Watchmen movie credits.

The animated story was originally scheduled to be in the theatrical release. However, time constraints called for the pirate comic to be pulled. Watchmen producer Deborah Snyder told reporters at SciFi Wire, “We’re getting really close. We’re at two hours and 35 minutes [for the theatrical cut].”

A hardcore director’s cut, similar to those issued for The Lord of the Rings trilogy of films, is planned to be issued after the film leaves theaters. Its run time is currently at “around a hefty 3 hours, 10 minutes.” The Tales of the Black Freighter segments will be interspersed throughout the plot of the director’s cut, staying true to interwoven style of the original comics.

Also slated for the companion DVD is a Nite Owl story titled Under The Hood. A listing for that segment is not on the Internet Movie Data Base at this time.

The Watchmen companion DVD is scheduled to hit stores on March 10th, four days after the Watchmen movie is to expected to be in theaters. Controversy continues over whether Warner Bros. or Fox owns the rights to the Watchmen movie, and this dispute threatens to push back the date of the film’s release. If that happens, the release date for the DVD will most likely change as well.

The COVID Pandemic Is Now Canon in Pokemon

"Holding Out for a Hero" Trends After Being Used in Loki, Guardians of the Galaxy, and Masters of the Universe

The Legend of Zelda: Breath of the Wild 2 Is Already Up for Pre-Order