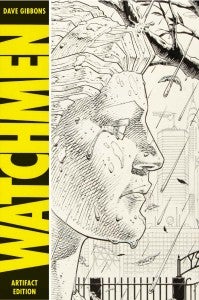 At New York Comic Con this weekend, IDW Publishing announced deals to release Artist's Editions of some of the most significant works in comics history.

In addition to Jim Steranko's Nick Fury, Agent of S.H.I.E.L.D., perfectly timed to tie into the ABC series Marvel's Agents of S.H.I.E.L.D., a pair of DC Comics's most enduring and creatively key books are on the slate for 2014 at IDW: Dave Gibbons's Watchmen and Jack Kirby's New Gods.

At the same time, the most celebrated comic strip in history, Charles Schulz's Peanuts, will also get an Artist's Edition, using some of the original art that ol' Sparky and his family have to recreate the strips in what promises to be a unique collection even by IDW's standards.

"Having grown up with Charlie Brown, Linus and his blanket, Snoopy and the Red Baron...I could not be happier about bringing them into the IDW family," said Ted Adams, CEO and Publisher of IDW Publishing, "In the world of comic art, it does not get any bigger than Peanuts." 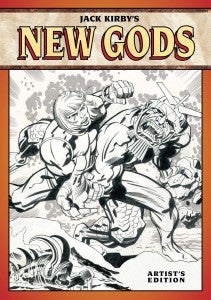 Jack Kirby's New Gods Artist's Edition will be released in March and feature five complete issues of Kirby's inaugural Fourth World book. Kirby, often called the King of Comics, is arguably the most important and influential comics creator of all time. His work on New Gods, which he wrote as well as drew, clearly reinforces that notion. Filled with amazing imagery and giant concepts, this book will measure 12 x 17 inches.

Dave Gibbons' Watchmen will debut later in the year. Watchmen, by Alan Moore and Dave Gibbons, is the story most often cited as the greatest graphic novel ever published. This Artist’s Edition will be atypical in that the stories will not be complete, and will be an Artifact Edition, the first released by IDW. It will be produced to the same exacting standards as an Artist's Edition, and will feature a cornucopia of individual pages and covers from Watchmen. This book will also measure 12 x 17 inches.

It's widely known that not all of the art remains in Gibbons's hand--if for no other reason than because every time a new page appears on the market, it fetches top dollar. 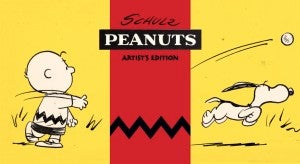 “We’re equally thrilled,” said IDW President Greg Goldstein. “Watchmen is obviously one of the most acclaimed and influential series of all time, and New Gods is arguably the greatest of Kirby’s works during his tenure at DC. It’s a true privilege to publish these books.”