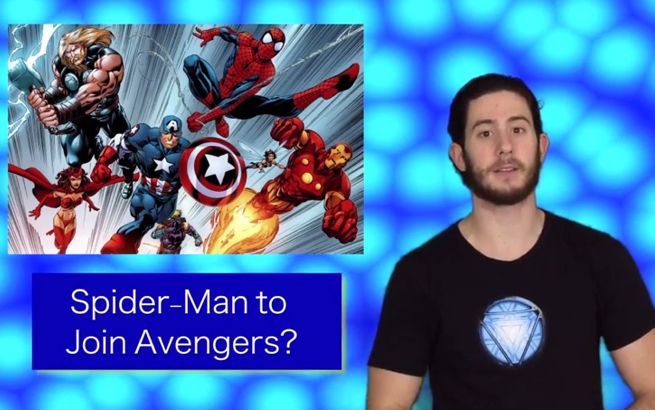 Comicbook.com’s weekly round-up brings fans a collection of the biggest stories of the week in comic books, movies, television, and video games. For the week of December 12, host Brandon Davis covers Spider-Man and Avengers crossover talks, Mark Hamill as the Trickster, the Arrow midseason finale, and more.

Spoiler Warning: Article and video contains spoilers for recent episodes of The Walking Dead, Arrow, and Agents of S.H.I.E.L.D. if you’re not caught up on your viewing.

The recent Sony hack has unveiled a lot of potential plans for Sony, but one is very near and dear to comic fans hearts. In e-mails reportedly leaked through the hack, it appears that Marvel approached Sony Pictures and attempted to negotiate a deal to put Spider-Man in the Marvel Cinematic Universe, however, those talks fell apart when Sony rejected the deal. Rumor has it, though, the discussion may not be over just yet as Sony is rumored to be reconsidering their position after the responses to this leak.

Mark Hamill will once again be suiting up as The Trickster, this time on CW’s The Flash. He’ll debut in his role as James Jesse in the 17th episode, which will air sometime in the spring of 2015. Hamill previously played the Trickster on the 90s series titled, Flash, on CBS.

A petition to bring back the newly favored Beth on The Walking Dead has reached over 50,000 signatures. The petition accuses showrunners of killing a strong female character solely to further the storyline of a strong male character, in this case, Daryl. It seems extremely unlikely that the petition could have any affect on a choice to bring Beth back to life, but it could increase the chances of seeing Beth in a flashback style scene, which have brought characters back to the screen in the past.

The midseason finale of the Arrow left viewers with a tremendous cliffhanger. Once it is revealed to Oliver that Thea killed Sara, he decides to take the fall for her. He turns himself over to Ra’s al Ghul. Oliver is given the right to challenge Ra’s in combat before any decisions regarding Oliver’s fate are made. The two meet and while Oliver chooses his weapons, Ra’s al Ghul enters the fight unarmed, ready to battle using only his abilities. Oliver manages to get a blow in against Ra’s who is obviously toying with him, only to be stabbed in the chest. Oliver’s life flashes before his eyes, and Ra’s kicks him off of the cliff, leaving the Arrow presumably dead.

Agents of Shield’s midseason finale aired this week, finally shedding some light on mysteries the show has been building on since the premiere. Jed Whedon and Marisa Tancharoen caught up with Comicbook.com and shared some insight about working on the show, fan theories, and a little bit about what to expect in the second half of the season. Producers confirmed that Skye is indeed Daisy Johnson, also known as Quake. While they refused to confirm the identity of the surpise character that appeared in the final scene, Comicbook.com has a hunch the character is and Inhuman called Reader. The full interview can be found at Comicbook.com.

So, you’re all caught up on this week’s biggest news. What do think will be the fate of Arrow and how will you pass the time until your favorite shows return? How about the chances of Spider-man joining the Avengers on the silver screen? Let us know in the comment section below! On behalf of Comicbook.com, I’m Brandon Davis, and I’ll see you next week.