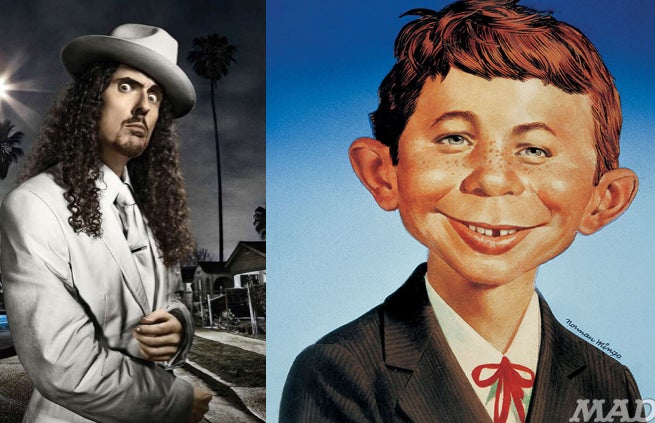 Everyone knew that Weird Al Yankovich was mad, but this pretty much makes it official. The musical satirist is set to guest edit an upcoming issue of Mad Magazine, serving as the publication's first ever celebrity "Idiot-in-Chief."

As guest editor, Weird Al will write a guest introduction for the issue, contribute to the Fund"Al"ini Pages, answer fan questions in the Letters section, and select an archived article from Mad's library for republication. According to MAD, other responsibilities are to follow.

"It was my childhood dream to one day be a contributor to MAD Magazine," Weird Al joked in a press release. "This is an excellent example of why children are never allowed to make important decisions."

For those not in the know (or without a sense of humor) Weird Al Yankovic is the music industry's biggest comedian and satirist. The recipient of the 2015 Grammy Award for "Best Comedy Album," Weird Al's hits have included parodies of Imagine Dragons' "Radioactive" and Pharell's "Happy."