Look Ma, I'm roadkill! A presskit for New Line Cinema's 1997 film The Mask has resurfaced online thanks to Imgur's joinyouinthesun. The presskit features rough, early designs for Jim Carrey's transformation into The Mask. His dramatic change into the magically-powered green-skinned trickster occurs when Stanley Ipkiss (Carrey) puts on the Mask of Loki, the Norse god of mischief. The film was directed by Chuck Russell and the screenplay was written by Mike Werb. The slapstick comedy was based on the surprisingly dark comic of the same name published by Dark Horse Comics. 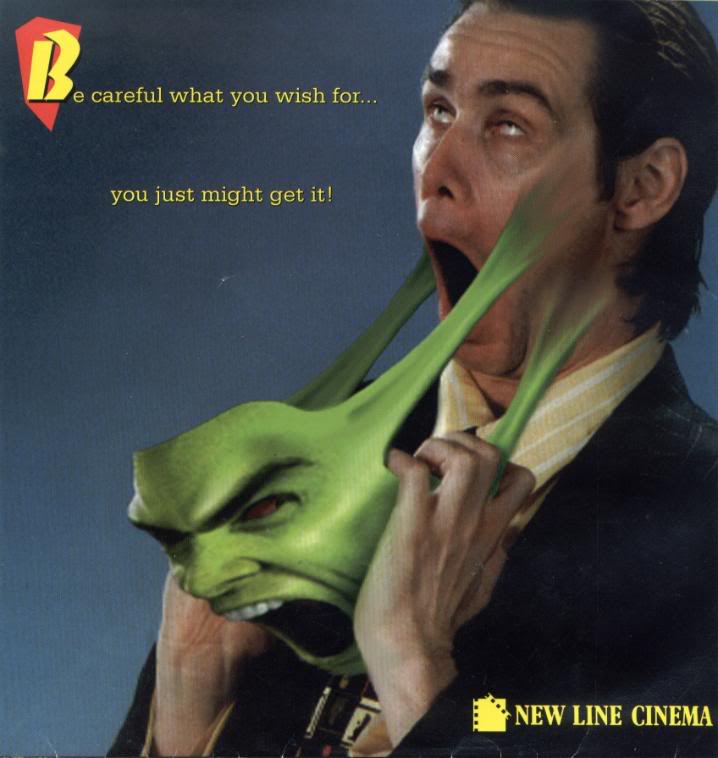 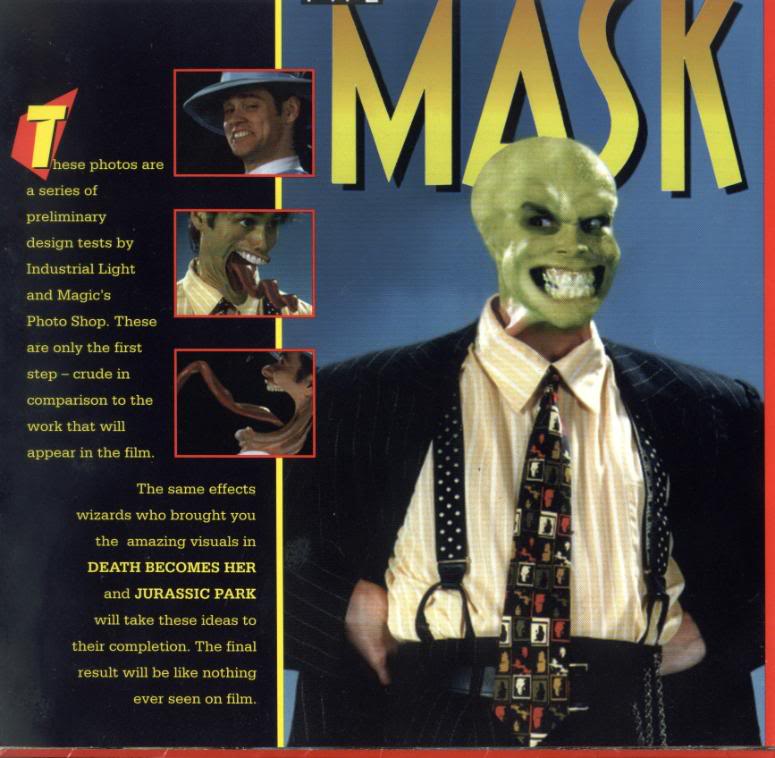 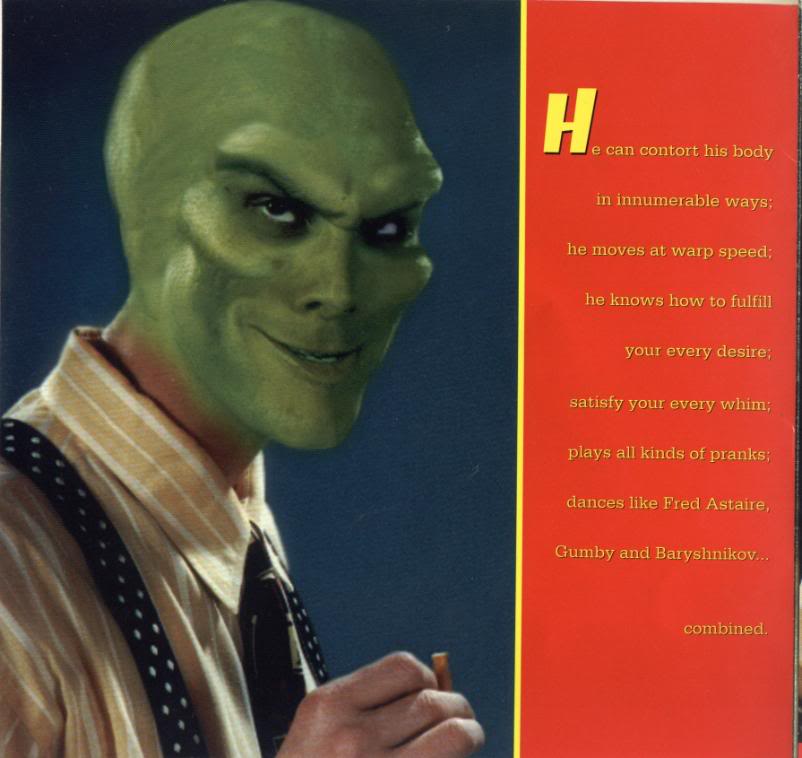 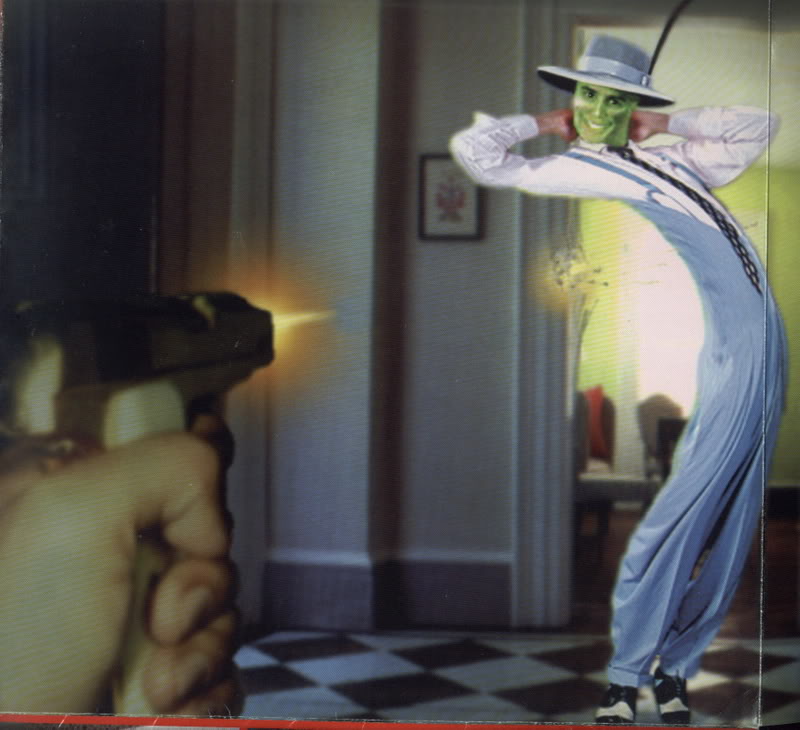 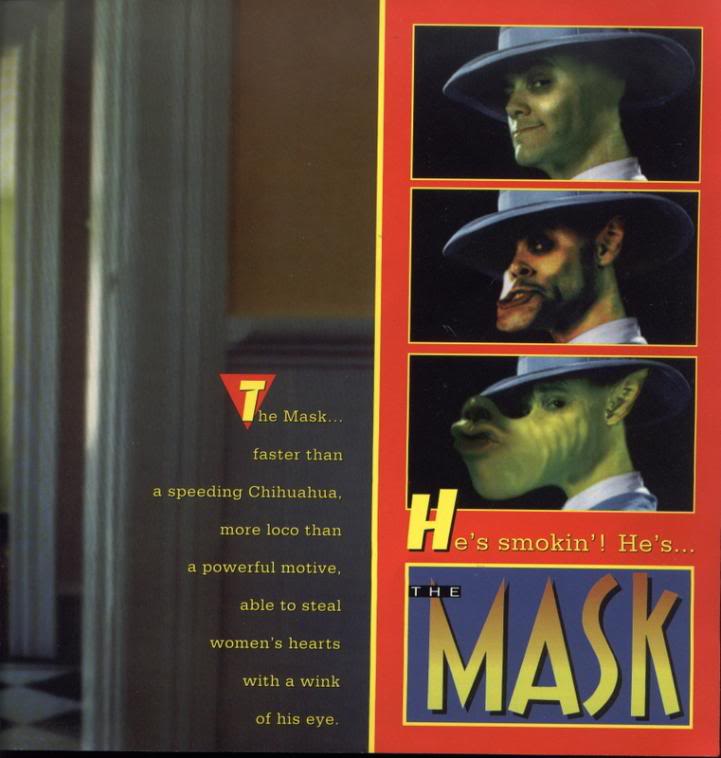 When he dons an ancient Norse mask, perennial looser Stanley Ipkiss moves at warp speed, knows people's every desire and can satisfy every whim, and dances like Fred Astaire, Barishnikov and Gumby combined. He's s-s-s-smokin'! Golden Globe-winner Jim Carrey ("Yes Man," "The Number 23") and Golden Globe-nominee Cameron Diaz ("There's Something About Mary," "Charlie's Angels") star in this story of a sweet, socially inept bank teller who discovers a magical mask that brings his innermost desires to screaming life, and transforms him into a superhero -- but one whom you may not want to call for help. Nominated for an Academy Award for Best Visual Effects, Jim Carrey was also nominated for a Golden Globe for Best Actor for his performance in this blockbuster, which grossed more than $119 million domestically, and $344 million worldwide!