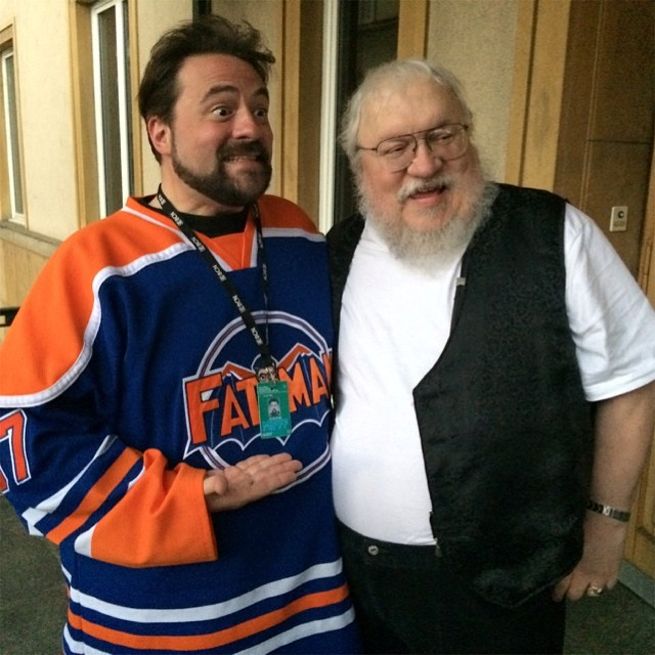 Fanboy and director Kevin Smith shared a great photo on Instagram today, along with a hilarious caption. Over the last several days, Smith has been doing a couple shows overseas in London and also paid a visit to the Star Wars Episode VII set.

Meanwhile, Game of Thrones creator and author George R.R. Martin has also been overseas doing book signings in France. Both George R.R. Martin and Kevin Smith seem to have bumped into each other, likely in Switzerland at the Neuchâtel International Fantastic Film Festival, where they are both scheduled guests.

Here’s what Smith had to say about meeting Martin.

Future Kev came back in time to tell me that a) I dump jerseys for vests at age 50, and that b) Winter is coming.

When Kevin Smith Met His Future Self, AKA George R.R. Martin