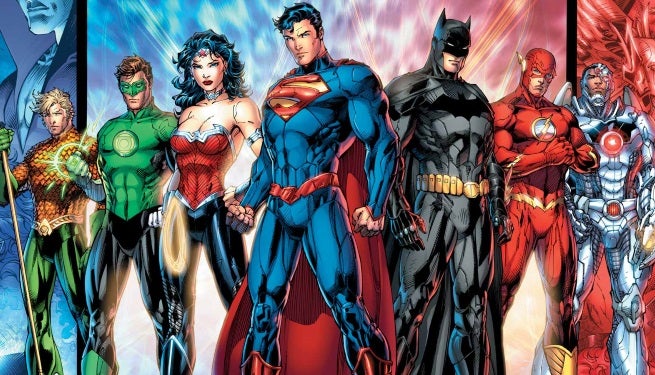 At a shareholder meeting earlier today, Warner Bros. made a bombshell announcement laying out its DC Entertainment film plans through 2020. While they slotted each of the ten films they announced into distinct years, from 2016-2020, they didn’t nail down any specific release dates.

If you recall, a little more than two months ago – about the same time they announced the change of release date for Batman v. Superman: Dawn of Justice - Warner Bros did add several movie release dates to their schedule, though at the time they did not name any titles. The list of dates looked like this:

So while no official release dates have been announced, we can make some pretty simple educated guesses. We know what year each of the newly announced films will be released in. Assuming that they were announced in the order they will be released, our new calendar should look like this:

That fleshes out our DC film schedule nicely, but still leaves the two untitled Warner Bros. event films undetermined. It’s possible that these films coincide with the solo Batman and Superman films that were announced as being in development alongside these other films, but that were not officially placed on the chart with a release year.

But why call those films “Warner Bros. event films” instead of “DC films,” like all of the other DC Entertainment properties on the list? It’s possible that solo Batman and Superman films are considered to be a significantly bigger deal that films revolving around these other characters, and so worthy of “event” status, but that seems like a bit of a stretch.

It seems more likely that these “event films” are actually release dates for the second and third Fantastic Beasts and Where to Find Them films. Those two films were dated for 2018 and 2020 respectively, which lines them up with the “event film” dates.

If those dates do coincide with the releases of the second and third Fantastic Beasts films, then we may be able to make a guess at when the solo Batman and Superman films will be released. This is a speculative stretch, but perhaps Batman and Superman will get their solo films sometime in 2017 and 2019, in-between the Fantastic Beasts releases, to help shore up Warner Bros. box office profits for those years. Again, this is all very much speculative at the moment, but it’s a possibility.

When Will DC Entertainment's Movies Be Released?