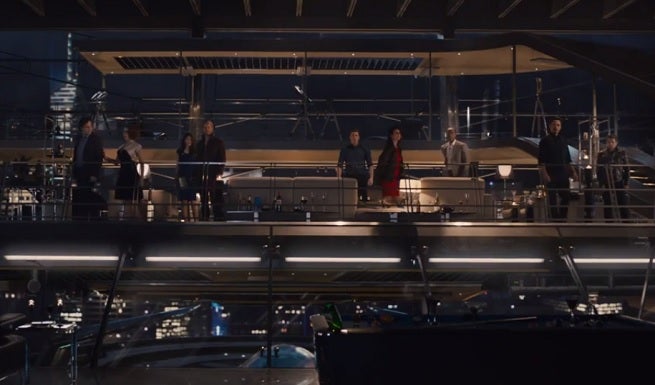 The Avengers: Age of Ultron trailer hit the internet like an Uru metal hammer to the face. We quickly set to creating a shot-by-shot breakdown of the trailer  in order to try to extract whatever nuggets of information it held for mass consumption.

There was one scene – the one where Ultron shambles out in front of a group of Avengers and crushes what looks like an Iron Man drone or prototype in his hand – the got the attention of certain readers. We listed all of the characters present in the scene and named one obscured character as Jane Foster.

A quick scan of the IMDB does not show Natalie Portman as part of the Avengers: Age of Ultron cast – though, considering how close she’s standing to Thor, you can’t blame someone for assuming.

Instead, it is most likely whatever character Korean actress Kim Soo-hyun is playing in the film. But what character is that going to be? As noted in the comments section of the trailer breakdown, she has to be pretty significant to be hanging out with the Avengers, right?

We know that part of the film’s plot involves Tony Stark creating Ultron as a means of helping the Avengers police the drones. We know from previous reports that some advanced technology is being developed in South Korea, and that the Avengers are going to want to keep that from falling into Ultron’s hands. It’s likely that this technology is related to Ultron himself, possible a mean of allowing him to network, or maybe it’s even where the Ultron drones are being mass produced.

With that in mind, it seems likely that Kim’s characters is simply a representative of whatever company it is that is developing the technology. She’s likely at Avengers tower on business, to talk to Stark about the development of Ultron.

There’s not really much reason to believe this right now other than the mass internet assumption that Kim’s character is of some importance, but could she be Viper, a.k.a Madame Hydra? 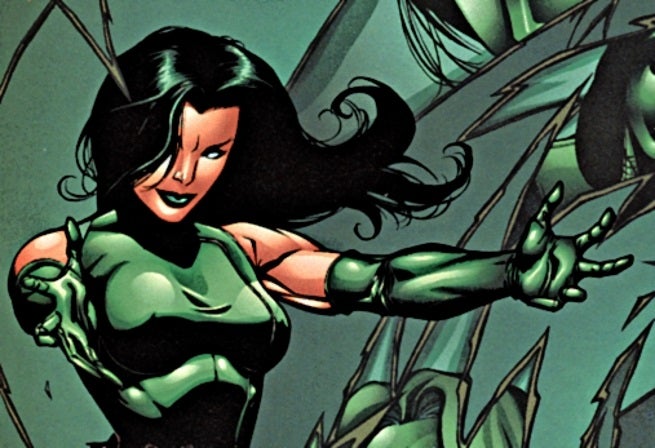 First off, yes, Viper appeared in The Wolverine, but she is not exclusively an X-Men character any more than Quicksilver and Scarlet Witch are. She debuted in a Captain America comic and can simply go by “Madame Hydra” or Ophelia Sarkissian, or whatever other name they decide to give the character.

Second, no, Viper is not Asian. However, she did grow up on Madripoor, an Asian island in the Marvel Universe. Madripoor likely falls under Fox’s film rights, since it first appeared in a New Mutants comic and has been used mostly in Wolverine and X-Men stories since then. Maybe Marvel decided to streamline their way around that rights conflict by simply making the character Asian, specifically Korean.

So what would Madame Hydra be doing in Avengers: Age of Ultron? Well, rumor has it that Baron Von Strucker will be making an appearance, so Hydra is involved somehow. In the latest episode of Marvels’ Agents of S.H.I.E.L.D., “A Hen in the Wolfhouse,” Daniel Whitehall is described as one of Hydra’s new “heads.” The plural there is significant, and suggests that we’re going to see Hydra run by an inner circle of sorts, like what was seen in the Secret Warriors comic book series.

In that series, Daniel Whitehall was one of those heads, as was Baron Von Strucker. Another head? Madame Hydra, who was also trained by Whitehall. Presumably, her true identity and allegiance would be revealed in a big twist moment towards the end of the film, or possibly even in an after credits scene.

Now, again, this is working on the HUGE assumption that Kim’s character is someone very important and not a relatively minor character who happens to be necessary to a scene that involves the full roster of Avengers. There’s nothing solid pointing to her being Hydra in any way.

But it doesn’t totally seem like something Joss Whedon and Marvel Studios would not do.

Who Is Mystery Woman In Avengers: Age Of Ultron?