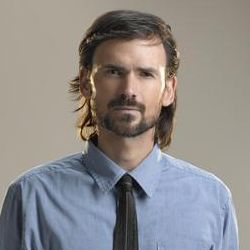 We here at Comicbook.com are HUGE fans of Lost. We're absolutely geeked up about the season premiere tonight, which is why you've seen us write so much about the show the last couple of days. I re-watched the season 4 finale last night, and it made me wonder about a few things: 1. Are all of the people on the boat really dead? Including Jin? If so, the producers of Heroes should take a cue from the good folks at Lost. Great job of cutting back on characters--and quickly. Say goodbye to Jin, Michael, Rose, Bernard, and a few others. Desmond is out of the picture too--or is he? 2. Where will the story take place throughout the episodes? Mostly with the Oceanic 6 or mostly with the folks on the island? If it's the latter, are we going to care about Miles, Charlotte, the Others (now that Locke is their leader, we'll surely see more of them), and Faraday? Sure, Sawyer and Juliet are still there, but will that be enough to satisfy our empathy? 3. Speaking of Faraday, is he 'The One'? Will he be the person that gets everyone off the island? Outside of Ben, Faraday seems to have the most knowledge of the island (both on and off it). Don't you just get the feeling that there is a Faraday back story coming soon that shows his role in actually getting folks ON the island? I'm guessing that he's responsible for a lot more of bad stuff happening than people think. And I think he's now trying to make up for those mistakes. 4. What's the story with Hurley talking with dead people? It has to be more than some crazy/psycho ward stuff. And will we see him start talking with the dead folks from the boat? Here's what I think: this season is all about time travel, and I think Hurley can talk to folks across time and across dimensions. In the end, Hurley will be the one that gets everyone off the island. He'll do it with help from the 'dead' people (who really may not be dead). And those damning lottery numbers of Hurley's will turn magical. Watch and see. Hugo is the Hero. Photo: ABC

Who is the Lost Savior? Faraday? Not quite...