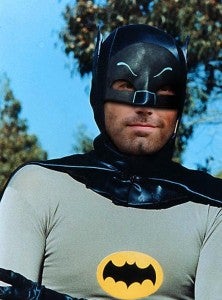 One of the most common criticisms of Ben Affleck's casting as Batman that we've seen so far has been, essentially, that Affleck is a younger George Clooney.

Like Clooney, detractors say, he'll make a perfectly good Bruce Wayne but his Batman will leave audiences wanting. Affleck, they claim, isn't capable of generating the kind of dark and brooding Batman that audiences expect.

Whether that's true or not remains to be seen--but what if that's not the Batman Warner Bros. wants right now anyway?

It wasn't that long ago that ComicBook.com talked about the prospect of Affleck playing a "kinder, gentler" Batman, and it still seems as though that might be in the card--and if it is, it might not be as bad as everyone is fearing.

Batman, like Superman, has a lot of different nicknames--and while The Dark Knight has gotten the most mileage in the recent past, but Batman is a character who's open to reinvention and whose long history as a crime fighter has seen more than one iteration of his personality. Back in 1966, the preferred nickname was the "Caped Crusader," and maybe it's time that made a comeback on the big screen.

Don't get us wrong; we don't want to see an Adam West-style Batman hanging out with the Man of Steel Superman. That would be just...weird. No, what we mean is that maybe it's time to embrace some of Batman's other sensibilities and really take a look at some elements of the character that haven't ever been done onscreen before. 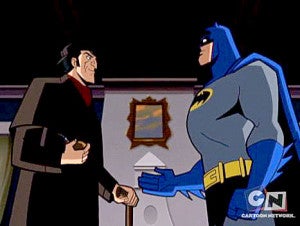 This is a character who has teamed up with Sherlock Holmes and whose first appearance was in a book called "Detective Comics," but for the most part none of his big screen outings have actually required him to do any detection.

It's a skillset that it seems likely this movie will be uniquely suited to showing off.

If Batman is set to face off against Superman, as everything suggests, he'd do well to prepare himself ahead of time. Batman isn't stupid, though, and examining Superman as we saw him in Man of Steel (without Kryptonite) would give him very few options. If Batman were somehow the one who figured out what Kryptonite is and how it might affect Superman's physiology, there's likely a bit of a detective story to be had in that.

Alternately (or possibly just later), it seems likely that once the pair team up, they'll have to fight a bad guy together. A likely scenario seems to be that the villain in question (perhaps Luthor) would have manipuated the two into conflict to either distract them, do away with one or both, or some other goal we can't know until we've seen at least a trailer. In any event, if it were Batman and not Superman who figured out what was going on with that, preferably with just a little bit of a glimpse at how he'd done so rather than just "intuitive leap," it could give us a Dark Knight Detective the likes of which we've never seen in a theater before.

A sense of adventure

"Caped Crusader," when I was a kid, always made me think of Indiana Jones and the Last Crusade. It captures the idea of Batman as an adventurer as much or more than he's a superhero--that his stories don't have to be deeply psychological in order to be fulfilling, but can be broader and more action-driven as well. It's a 180 from Christopher Nolan's Dark Knight Trilogy, but be honest--isn't that what we need?

I mean, we're not going to out-Nolan Nolan. And his version of the character doesn't really exist in a world where Superman's powers make a lot of sense, so that's probably for the better; trying to fit him into here just because it's the currently-fashionable interpretation of the Batman myth would be a mistake.

The idea of Affleck's Batman as a bit more of a grizzled, veteran crime fighter fits this, in a way. Having been around the block a few times might make his crusade's connection to the loss of his parents less immediate and raw, and thus make him a bit less of a drag to be around for everybody else. More of a team player, which would segue nicely into a prospective Justice League franchise.

That isn't to say he'd be any less driven or intense, just that in our view, we could see a Batman here who's a bit less withdrawn and more social, his solitary war on crime less an obsession than an avocation and the sudden existence of a living god striving for similar goals an opportunity for the kind of partnership he's rarely had before.

Maybe this could even be a Batman who's already been around long enough for Robin to come and go, leaving his soul somewhat less burdened but a hole in his life where Dick Grayson used to be. That could also open the door to Nightwing in the future, and/or future Robins appearing onscreen.

Oh, and one more thing--finding a clever way to work Batman's "always prepared" schtick into the script without it seeming like it's just lazy writing would be kinda awesome.

Why Ben Affleck Should Be the Caped Crusader