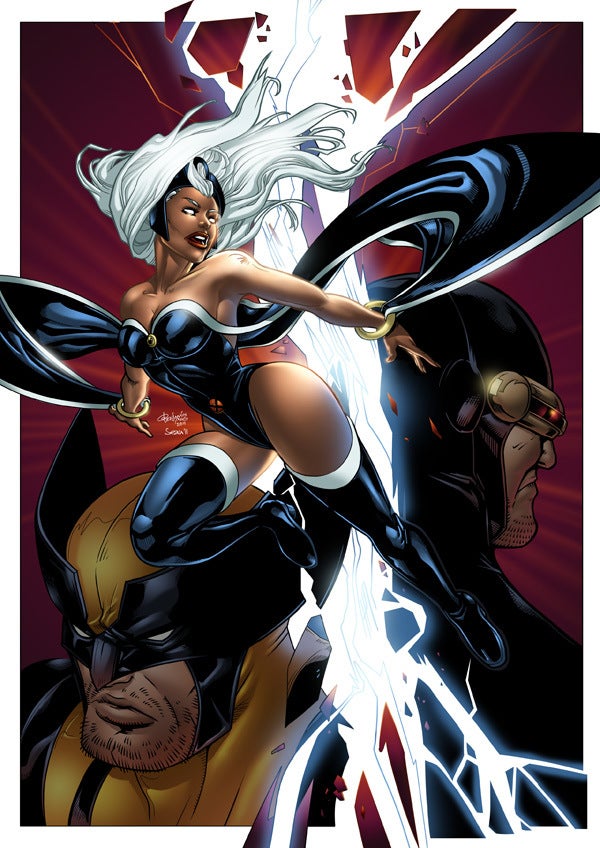 When it comes to analyzing which X-Men has been the most impactful player, it's often a difficult task given that when portrayed properly, most if not all of the X-Men can take center stage a front burner storyline at any time.

With that being said, three X-Men have evolved over the years and proven themselves as essentially the Mutant Trinity or X-Trinity; Marvel's mutant answer to DC's Trinity.

Much like DC's Trinity, not only are these icons the faces of Marvel's X-Men franchise but their iconic status has elevated them as flagship characters for Marvel as a whole.

It's little wonder that all three of these characters have led the X-Men (and other teams) at different points which has led to some historic moments regarding the X-Men as well as the landscape of the universe at that point.

Wolverine is perhaps the most overrated character in comics. In too many stories he's so blatantly god-moded that he's clearly an author insert. The ridiculous MarySuing aside, leadership wise Logan is the ideal black ops leader and his being appointed the leader of X-Force was brilliant. He can make the hard calls in the bad situations and come out of impossible scenarios standing tall.

It's understandable that even now Cyclops draws a mixed reaction from fans because he hasn't always been portrayed in the most positive light. He alienated his teammates and fans alike being Xavier's apple polisher. In the last several years, he's evolved as a character.

Being the first son and the alpha overachieving golden boy perfectionist, Scott is the guy that never questioned his (surrogate) father Xavier and on the cusp of manhood he woke up one day and realized he needed to forge his own path which doesn't always gel with what your parents have in mind. I think that's something most firstborns can relate.

Scott is still the boy scout and the straight arrow. But now he's got an edge to him. All the life experiences and trials (such as losing Jean) have made him evolve in unexpected manners. He's the good boy that's gotten a taste of being bad and he's trying so hard to walk the fine line of handling it.

You know you've become a certifiable badass when you've got a worried Wolverine telling you that you're getting too extreme and too hardcore.

Scott is the best of both Magneto and Xavier. He has Xavier's idealism but like Magnus and for that matter the original X-Man, Malcolm, he will fight for his people by any means necessary.

Storm is the most ideal leader in that she's strong, wise beyond her years, compassionate, and rarely has to compromise her integrity or ideals to fight for the greater good. She's the very definition of a true champion.

Orphaned as a child, raised as a thief, later becomes Queen of Wakanda and is has been worshipped as a goddess, Storm is a woman of the people but this queen goddess is clearly in a class all her own. There's not much that she can't handle, if that brief bio is any indication. As headmistress of the Xavier Institute, she's the absolute paragon that one want the younger generations (and for that matter comic book readers) to aspire.

In short: Storm is the leader you want as the figurehead to inspire and lead the masses and to save face with the public, Cyclops is the strategist that you want behind-the-scenes and Logan is the muscle that you want to handle the business under the dark of night.