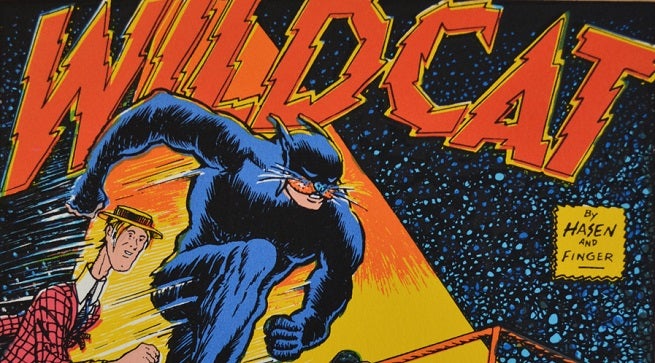 "He was DC's last surviving artist from World War II," comics historian and writer Michael Uslan told the News. "So DC's 'Golden Age of Comics' has come to a close, 77 years after it began."

He started his career in the Harry A Chesler shop before heading off to World War II, during which time he drew things like The Green Hornet, The Flash and The Fox. After the War, he returned home to work at DC.

During his DC career, he drew Green Lantern, The Flash, Johnny Thunder and Justice Society of America. Wildcat, co-created with Batman's uncredited co-creator Bill Finger, remained a major part of the DC Comics Universe for years and currently appears on Arrow.

His strip Dondi, created with Gus Edson and following the titular wide-eyed orphan, ran in more than a hundred newspapers from 1955 to 1986, making the character one of comics' best-known and longest-running orphans (along with Annie, obviously).

Spawn, Gunslinger, and She-Spawn Get the Spotlight in Stunning New The Scorched Covers (Exclusive)