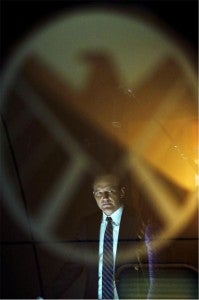 While the title of this article might seem like a silly question, it won’t sound so far-fetched when you hear what Agents of S.H.I.E.L.D. executive producer Joss Whedon has to say. In the real world, the big news of today has been the U.S. government shutdown, which means many government workers will be furloughed without pay.

The big thing going on right now in the country is the government shutdown, which means it would likely be exactly the type of topic that Whedon would want to address the show. However, there is some debate over exactly where the paychecks for the agents of S.H.I.E.L.D. are coming from. In the comics, S.H.I.E.L.D. has been portrayed as working for the United Nations. In the cinematic and TV universe, the “H” stands for Homeland, and the organization has been portrayed as a U.S. government organization.

However, S.H.I.E.L.D. also answers to the World Security Council in the movies and on the TV show, which raises some questions. Our best interpretation is that while a shadowy world organization might have some measure of control, it’s still the U.S. Government that is footing the bill, which means a U.S. government shutdown could impact S.H.I.E.L.D.