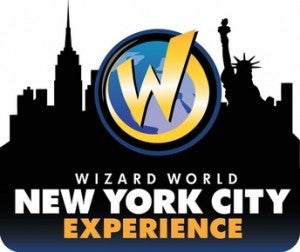 Wizard World hasn't been in New York for a while, but the convention organizers are headed back to the Big Apple with a new show scheduled for late June, just a few weeks before Comic Con International in San Diego.

This time, though, comic books won't be a major focus of the show, with only Stan Lee being named in the initial announcement and most of the focus being set squarely on Wizard World staples Sir Patrick Stewart, Michael Rooker, Norman Reedus and Jon Bernthal.

Comic book artists Humberto Ramos and Arthur Suydam, though, are schedule to appear, according to the event website.

Check out the full statement below:

Comics legend Stan Lee, Star Trek: The Next Generation icon Patrick Stewart and The Walking Dead trio of Norman Reedus, Michael Rooker and Jon Bernthal are the first stars scheduled to attend the extravaganza at Basketball City (Pier 36) in lower Manhattan, overlooking the iconic Brooklyn Bridge and Statue of Liberty and steps away from vibrant South Street Seaport.

“Fans will want to keep the last weekend of June open,” said John Macaluso, Wizard World CEO. “We have a star-studded affair planned and we are excited to launch with an early guest list, with more to follow. This show will have an all new look and feel that encompasses talented artists, unique shopping opportunities, specialty programming, sports heroes and much more. It will be a true experience unlike any other for New York fans.”

Tickets go on sale for this exclusive event, with limited tickets available, on March 1 at www.wizardworld.com. Additional guests, special receptions and events, start and end times and ticket prices will be announced shortly.

Wizard World Heads to New York, Leaves the Comics Behind

New One Piece Opening Goes All Out with Manga Spoilers

Avatar: The Last Airbender's Story Continues Past Its Final Episode

Here's Everything Coming to Netflix This Week (Week of August 2)