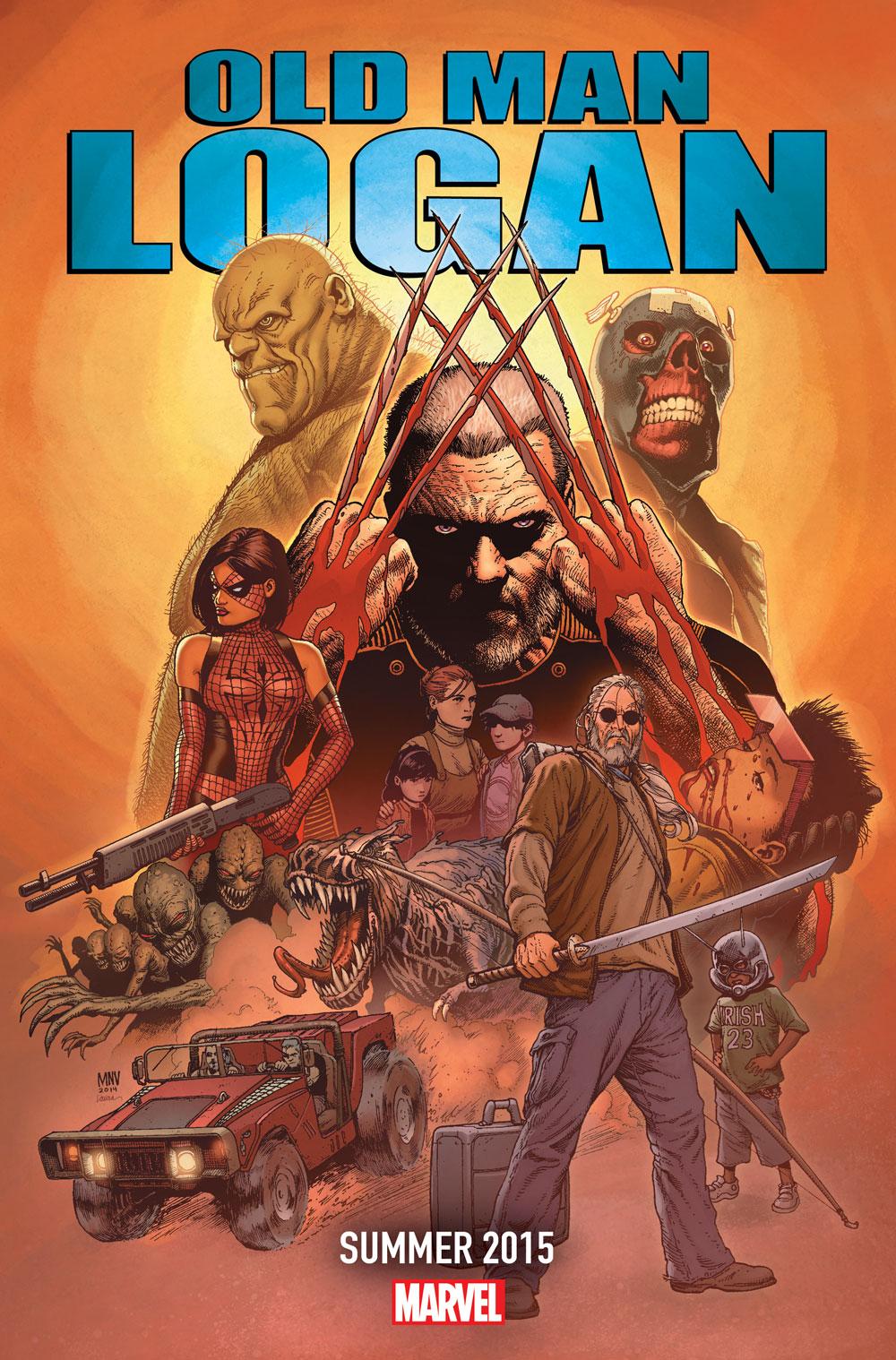 Marvel Comics has released a teaser image for Old Man Logan in the summer of 2015.

Old Man Logan was original published in 2008-09, from writer Mark Millar and artist Steve McNiven. The storyline, which ran in the pages of Wolverine, is set 50 years into the Marvel Universe’s future. Borrowing a concept from Millar’s creator-owned series Wanted, the supervillains of the Marvel Universe had finally come together to defeat the world’s heroes. They then divided up the United States into territories for each to rule. Logan, long past his hero days, takes a job from Hawkeye that involves a cross-country trip through various territories.

McNiven’s teaser is just the latest in a series of teasers hinting at Marvel’s plans for the summer of 2015 that began with Civil War, and was followed by  Age of Ultron vs. Marvel Zombies, Years of Future Past, Planet Hulk, Armor Wars, House of M and The Infinity Gauntlet.