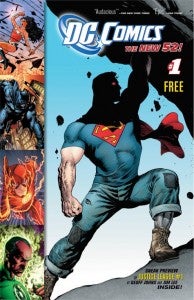 To wear pants or not to wear pants? That is the question that every Amazon princess faces at one time or another, and we are happy to report that Wonder Woman has decided to go pantless. In the new DC Universe, some of the most controversial moves have involved the costumes of iconic characters.

For most of her history, Wonder Woman has chosen to forgo pants and wear a swimsuit like costume. However, around a year ago, she started wearing pants in a much-hyped costume change. Wonder Woman also appeared in pants in a pilot for a ABC series that was not picked up.

Many wondered what Wonder Woman would look like in the new DC Universe, and early indications were that she would continue her recent pants-loving ways. However, a new image released as part of the cover for DC Comics – The New 52 #1 show Wonder Woman back in a swimsuit type costume. 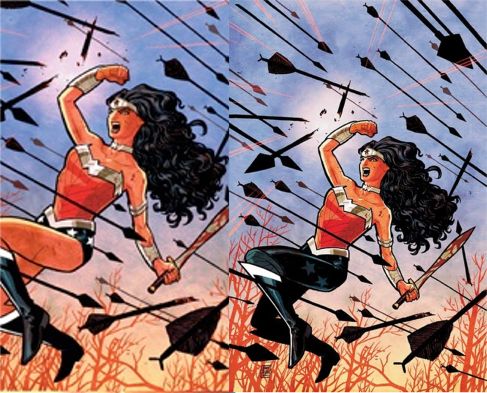 The DC Comics – The New 52 #1 will be released in comic book shops as a free giveaway on Wednesday, July 20, 2011. The comic features a six page preview of Geoff Johns and Jim Lee’s Justice League #1, the cover art for all of the books, never-before-seen sketches, and insights from creative teams. The comic will also be given away to attendees of San Diego Comic Con at both the DC Entertainment booth and at the Warner Bros. booth.