has released some new cover images of the highly anticipated Justice League #1. In all, DC Comics actually revealed four different versions of the cover. The first version is the standard version by Jim Lee and Scott Williams, and it is very similar to previously released artwork. The standard cover shows Aquaman, Wonder Woman, Superman, Batman, Green Lantern, Flash, and Cyborg. The only real change is that Wonder Woman is no longer wearing pants and is instead back in a swimsuit style costume. 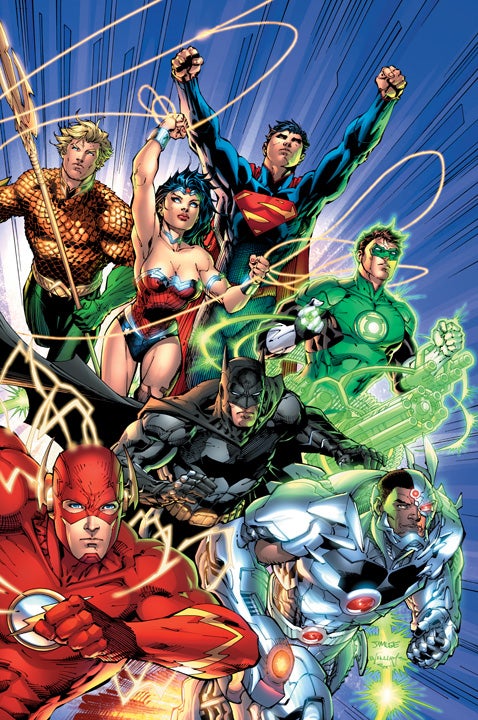 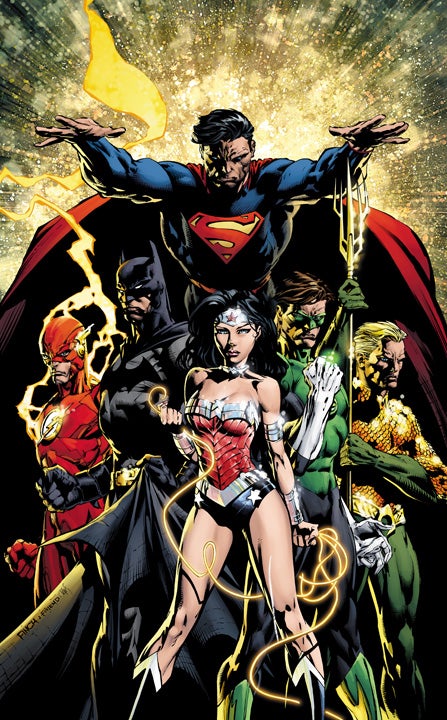 Just like the new standard cover, Wonder Woman is once again pantless. Also of note, all the Justice League members have solemn, scowling looks on their faces. In particular, Superman has an evil looking thing going on with his eyes. The biggest surprise on the variant cover is that Cyborg is missing. Why Cyborg is missing is a mystery. Could it be that Cyborg wasn’t originally part of the team and the variant cover was drawn before the decision was made to add him? 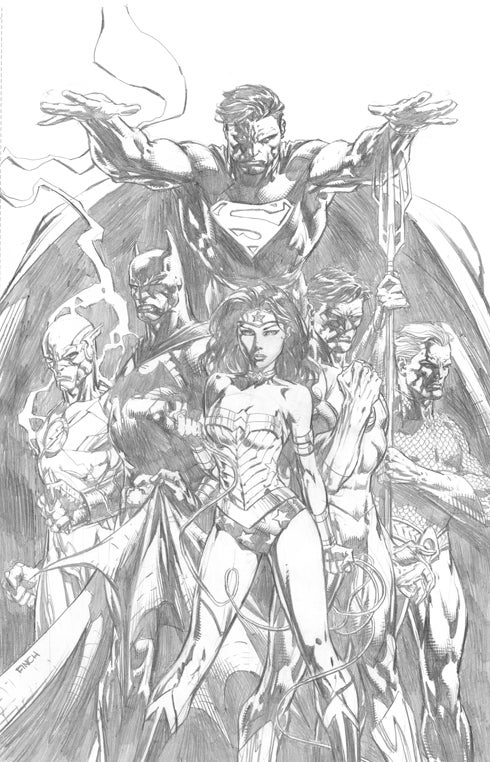 DC Comics is also releasing a combo pack edition, polybagged with a redemption code for a digital download of the issue upon purchase. The cover for this special edition is the same as the standard version, except it has a yellow background instead of a blue background. 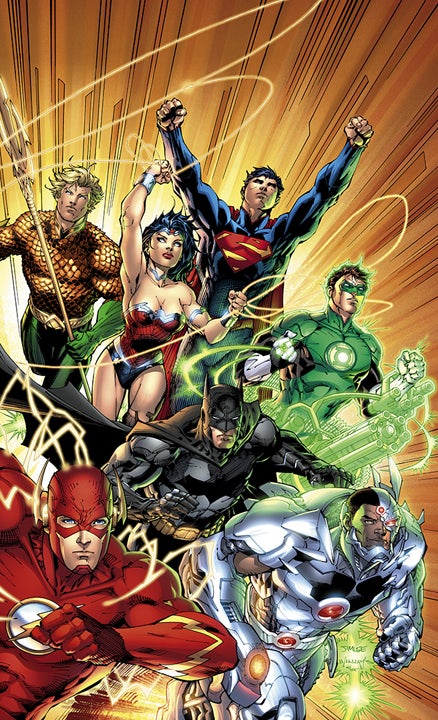