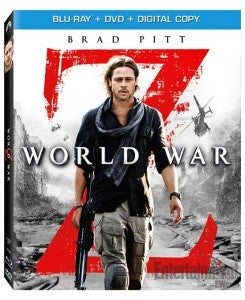 The film it had to leapfrog to do it was Troy, Wolfgang Petersen's swords-and-sandals epic that had made $497 million back in 2004, although that and other Pitt hits including Stephen Soderbergh's Ocean's trilogy did the money they did without the benefit of 3D.

Pitt was heavily invested in World War Z, both emotionally and financially; it cost $220 million and was developed with a franchise in mind--Pitt's first as a solo leading man. When production and script problems caused the release to be delayed by several months, many insiders and most entertainment journalists suspected the film would fail at the box office--but positive reviews and word-of-mouth helped the film, which opened at #1 and has managed to make most of its budget back in the U.S., while doing surprisingly strong international numbers that have guaranteed it a sequel.

As a result, a film once mentioned in the same breath as Disney's loss-leading flop The Lone Ranger will now be headed into franchise territory, and Pitt's co-star Mireille Enos, whose AMC series The Killing may not be back next year, should have at least one steady job lined up.

According to Deadline, working from numbers provided by Paramount, the film "has set several records for Pitt, whose Plan B produced. It set a personal best with a $66 million opening on June 21, and a total $197.4 million in the U.S., both of which exceeded Mr. & Mrs. Smith's total domestic gross of $186.3 million and $50.3 million opening weekend."