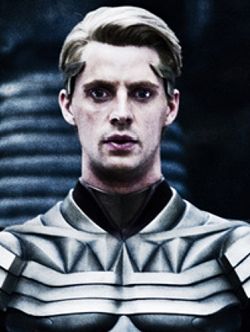 Now that Fox and Warner Brothers have settled their Watchmen movie lawsuit, the next big question is whether or not the Watchmen movie will be a huge draw at the box office. With a reported $130 million budget, it's going to take more than fanboys and graphic novel lovers to put that thing in the black. Will the general public want to see Watchmen? The trailer itself should get a lot of folks excited, which should translate into a large opening weekend. But what about after that? Watchmen is an intricate tale with a ton of flashbacks. Will Zack Snyder be able to take the material and craft it into a story that anyone can follow? Especially those folks that know NOTHING about the story before they sit in the theater? If the word of mouth from the first weekend isn't good, the film will be doomed. Sure, fans will come back if they like it, but the average person off the street will stay away. And that doesn't bode well for recouping the budget and making a profit. Then there is this story about X-Men Origins: Wolverine going back for "extensive reshoots". Typically, major reshoots are not a good thing. It means the story doesn't flow well or that portions of the film have been run past a panel and didn't test well. Seeing the controversy surrounding Director Gavin Hood and the studio, it's easy to see how Wolverine could be all over the place. The studio wants one thing and the Director wants something else. Now we're hearing that Hood could be shooting these scenes in front of journalists, so the outcome could be awful. Why? Because unless Fox took its paws off the film completely, we're going to end up with a partial Hood/partial Fox movie. And that sounds like Mission Impossible to me. Incomprehensible and all over the place. In the big picture, the success of the Watchmen movie and X-Men Origins: Wolverine movie is absolutely CRUCIAL for the Comic Book Industry. If these two movies fail to live up to the hype at the box office, it could mean a quick end for comic book movies. Sure, I know that there are 80 zillion comic book films scheduled for the next few years. But Hollywood studios are fickle creatures. They roll with trends. And if they see two premier properties fail, they'll start pulling the plug on future production. We'll still see the big properties (Spider-Man, Superman, Iron Man II, etc.) but that could be it.