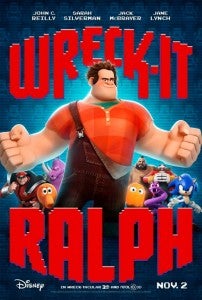 With two movies that are getting good reviews from both critics and fans premiering this weekend, it looks like the box office is bouncing back from the Hurricane Sandy effect of last weekend. Deadline is projecting a 15% increase over last year for the weekend box office.

While Wreck-It Ralph and Flight are showing that audiences will still go to the theaters, other movies aren’t fairing as well. Cloud Atlas has dropped all the way to sixth place with only $1.5 million at the Friday box office. While some critics have praised the film, Cloud Atlas has failed to catch on with audiences. Since Cloud Atlas had a $100 million budget, it is already being labeled as a colossal flop.