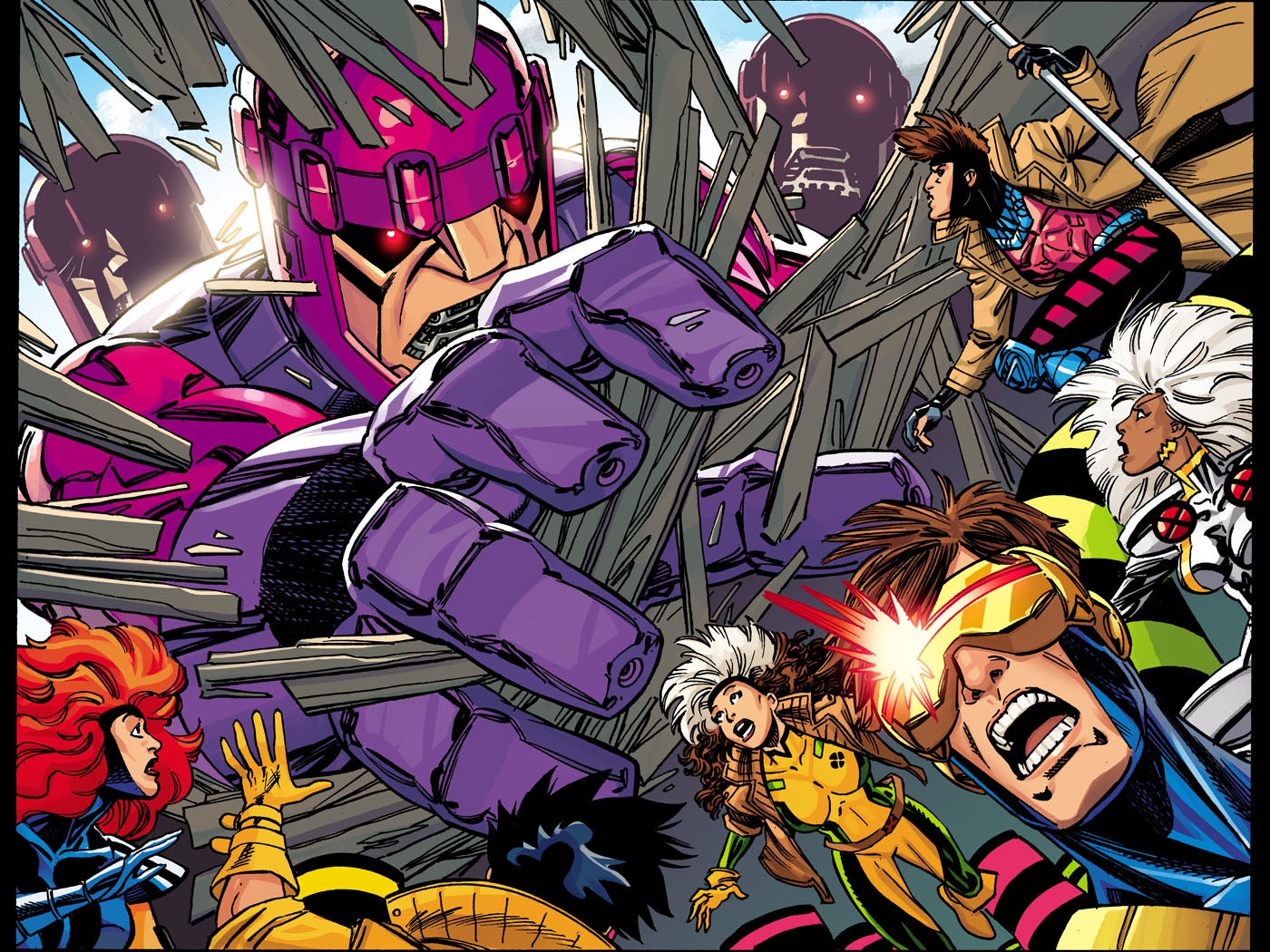 It's time to love the nineties all over again, with X-Men '92 #1 from Marvel Comics.

Out next week on the Marvel Infinite Comics digital platform, the Secret Wars series finds the X-Men in all of their Jim Lee-designed, blue-and-gold team glory. With classic character like the buzz-kill Cyclops, the "you're not my dad" Wolverine, and flirtatious Gambit on board, the series looks to be a fun trip down nostalgia lane for classic X-Men fans. And how more nostalgic does it get than laser tag?

And in a somewhat ironic twist, Secret Wars' most nostalgiac series may also have the closest eye on the future. As the only Battleworld series to see release on the Marvel Infinite Comics platform, X-Men '92 revolutionizes comic book storytelling in way that chrome covers could only dream about. If you haven't tried an Infinite Comic, it's definitely an experience worth trying. Or, to frame it in the context of the nineties, imagine jumping from an 8-bit Nintendo to a Super Nintendo.

"Everybody involved in this project loves the X-Men, and it's been way too long since we've seen this particular version of the team in action," editor Jordan White told ComicBook.com. "This specific X-team has a very special place in the hearts of fandom, so what better way to reach out to X-fans young and old than to bring them back with our Infinite Comics? This series is going to be a blast and a half—I think people will really be surprised by what we have coming. Naturally, the Infinite Comic version is the best way to check out this series...but we don't want to leave out any readers, so the print version is following close behind!"

You can check out ComcBook.com's very-own preview of the first issue, provided directly from Marvel, in the gallery below.

Everyone's favorite version of the X-Men from the '90s is back! When Baron Kelly charges the Clear Mountain Project and it's mysterious new director with "mutant rehabilitation," it's up to the X-Men to investigate! PLUS: Free Range Sentinels?!?

Strap Your Pouches On With X-Men 92 #1 Preview