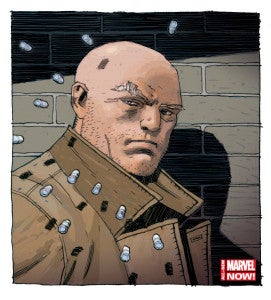 Writer Cullen Bunn, fresh off the critical and fan acclaim that guaranteed his Fearless Defenders a short life, will take on the adventures of Marvel's Merry Master of Magnetism next in a new Magneto ongoing series with artist Gabriel Hernandez Walta.

"Magneto should be seen as some kind of monster by the world at large," Bunn told USA Today. "When he cuts loose, cities tremble. He might stand by the heroes from time to time, but he's terrifying for the average person. He's out there -- wandering about, waiting -- but sooner or later he's going to strike and when he does, chaos erupts. Magneto is cloaked in that sense of fear and dread."

Along with Loki, Agent of Asgard, this marks Marvel's second foray into a series revolving around a popular villain--ironically something that DC has been rumored to be developing for some time with The Joker. Arguably, they have a villain-centric series in Harley Quinn, but her status as a Suicide Squad member kind of throws her more into the antihero/morally ambiguous territory. 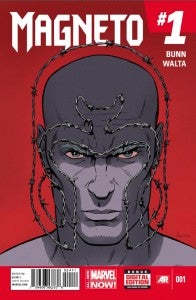 The character, widely regarded as one of the great supervillains ever created, has been acting as a hero, second-in-command to Cyclops on the Uncanny X-Men title, but will leave that role to be more of a proactive force against anti-mutant discrimination in his own title. The longtime yin to his yang, Professor Charles Xavier, died in the recent Avengers vs. X-Men event.

Both Xavier and Magneto will be seen in 2014's big-screen X-Men: Days of Future Past.

X-Men Archenemy Magneto Gets His Own Title in March