As comic book movies enter a new era--one in which increasingly they're being explicitly based on certain stories rather than broadly retelling "a story that happens with this familiar character or group of familiar characters," some fans feel that, more than ever, the movies ought to actually resemble the stories they're purporting to adapt. If they don't, after all, then what chances do we have of ever seeing our favorite stories adapted to the big screen? Nobody's going to look to Days of Future Past or The Winter Soldier for inspiration once that arc has already been made once.

Well, at least one of the filmmakers has copped to the fact that his adaptation won't be quite so much an adaptation... 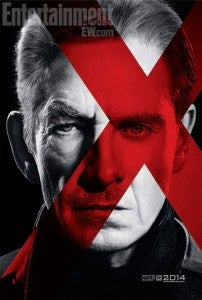 "It's its own story, inspired by Days of Future Past," director Bryan Singer explained in a new interview with Empire Magazine, on newsstands this week. [Kitty Pryde is] the prime facilitator - it's her power that enables that to happen. But it's Wolverine who has the strength and the stamina to be able to go back on this journey. Charles is in a very dark hole when we meet him, and Erik has been gathering his power. They're in a radically different place."

While not quite like the story told by Claremont and Byrne, certainly it's at least a look to see how Xavier overcomes his depression following being confined to a wheelchair. He's such an inspirational, aspirational figure that it's rare to get a more human side of the character.

The film is due out next year, and stars most of the actors who have appeared in any of the five previous X-Men films.

X-Men: Days of Future Past Is "Its Own Story Inspired By" the Comics