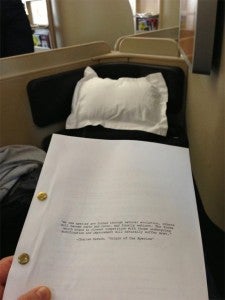 While directors usually go to great lengths to protect every detail of comic book movie scripts, director Bryan Singer has taken the rare move of posting the X-Men: Days of Future Past script online. Singer tweeted, “Settling down for my 14 hour flight with #Xmen Days of Future Past. Let's hope I don't leave it in the plane. pic.twitter.com/vuFCtfe9”

Ok, so it’s just a photo of the cover of the script, but if you look real close, some of the words on the first page of the script appear to be almost visible. In fact, we’ve been adjusting the contrast on the image all morning long, but we’ve yet to make out any big spoilers. In fact, some of the words appear to actually just be random letters, so we’re wondering if Singer might have put a dummy page behind the cover just to tease fans.

We do at least have some clearly visible words on the cover of the script. “As new species are formed through natural evolution, others will become rarer and rarer, and finally extinct. The forms which stand in closest competition with those undergoing modification and improvement will naturally suffer most.” – Charles Darwin, “Origin of the Species.”

X-Men: Days of Future Past is scheduled to be released in movie theaters in the United States on July 18, 2014. 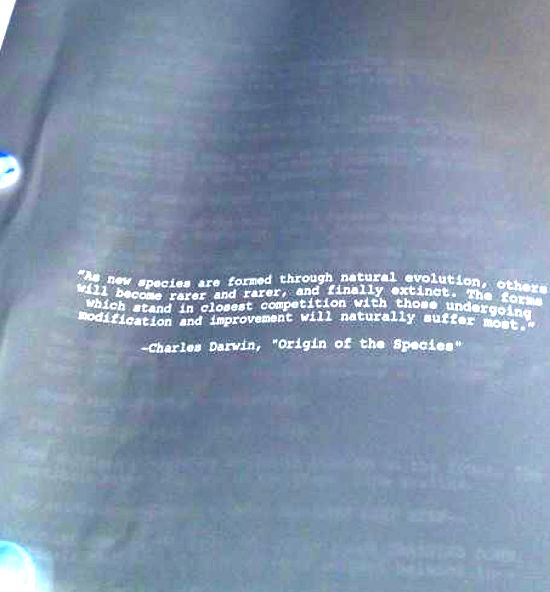