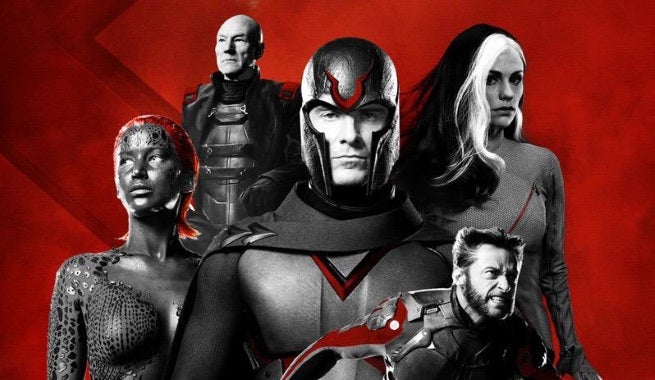 The film will be shown simultaneously on four screens, and fans at Comic-Con will have the opportunity to gain two VIP (guaranteed) access tickets to the screening by purchasing the X-Men: Days of Future Past Rogue Cut Blu-ray at either Fox booth #4229 on the Comic-con show floor, or The Nerd HQ/IGN Lounge (Children’s Museum).

Additional seating will be available to fans on a first-come, first-served basis

Beyond the two VIP tickets for the special screening, fans that purchase the Rogue Cut early on Blu-ray and DVD during Comic-Con will also score a limited edition lithograph, celebrating 15 years of the X-Men film franchise. Rogue Cut will contain nearly 90 minutes of extra features including deleted scenes, featurettes and gag reels. This entire package of content will be available at MSRP $19.99.

The film itself will screen at Reading Cinema at 701 5th Avenue in the Gaslamp District on Saturday, July 11 at 8 p.m.

Here's how Fox describes the release:

With a never-before-seen, alternate cut of the film—plus nearly 90 minutes of all-new, immersive special features, the X-Men: Days of Future Past Rogue Cut takes you deeper into the X-Men universe than ever before. Rogue makes her return as the all-star characters from the original X-Men film trilogy join forces with their younger selves and unite to battle armies of murderous Sentinel robots who are hunting down mutants and humans alike!

Fans can also use #RogueCut and follow @FoxHomeEnt / @XMenMovies on Twitter throughout the convention for updates and additional news.

X-Men: Days of Future Past Rogue Cut to Screen At Comic Con