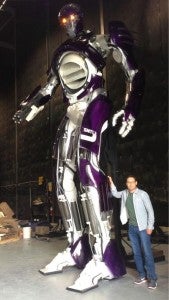 This morning, JoBlo ran an article collecting a ton of information from a Q&A session held by X-Men: Days of Future Past director Bryan Singer at The Fantasia International Film Festival in Montreal last night.

Much of the information falls into the category of "interesting trivia," but some of it is pretty newsworthy stuff.

-X-Men Days of Future Past: Shot in native 3D. -No Scarlet Witch in Days of Future Past. -William Stryker will be in Days of Future Past. Josh Helman is playing him -Not the brightest X-Men movie, but it has a good message, trying to right wrongs. -Most of the movie takes place in 1973. Future segments are 10 years after X3. -You find the characters in very different places that you saw them in First Class. Shows then becoming who they have to be. -Thoughts on Cyclops demise in X3: Wishes he could bring him back. Wasn't happy with that choice. Could justify bringing Xavier back because he transferred his consciousness and could possibly construct a body around that consciousness. Was however, happy about some things- like the casting of Ellen Page.

It's probably not surprising that the film is being shot in 3D. More and more, there's resistance to the up-conversion process, but 3D is considered indispensable to the process. Christopher Nolan, in fact, had to tangle with Warner execs who wanted him to make The Dark Knight Rises in 3D.

The lack of a Scarlet Witch is certainly more of a question mark--the relationship between she and Quicksilver is so key to either of them that it's hard to imagine Quicksilver being a key part of the story--as he's reported to be--without Wanda. Then again, early reports had Quicksilver added as more of a story tool, meant to have one great action sequence and serve a key role in the story.

The fact that the future segments are set 10 years after X-Men: The Last Stand is interesting--that means the "future" isn't here yet as of 2014 when the film is released, since X3 hit theaters in 2006. In a movie that involves time-travel and so much period-accuracy in the '70s, that seems worth noting.