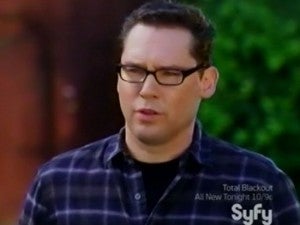 Bryan Singer, director of X-Men: Days of Future Past and producer of House, one of the most successful TV dramas in recent memory, will work with Syfy on a new series titled Creature at Bay, a drama series project, which will be developed as a 90-minute pilot script, Deadline reports.

They describe the series as a contemporary take on a kaiju tale--which, of course, is probably less inspiring than it would have been a year ago, before Pacific Rim delivered just that, to wild audience and critical praise but only middling financial success.

When a monster attacks a coastal California town, a middle-management Undersecretary from the California Emergency Management Agency is charged with leading the clean-up efforts as the small town becomes the focus of the entire world.

Singer recently appeared on Syfy's Face-Off as a guest judge.