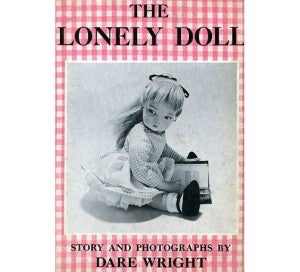 Apparently upon returning to her apartment, she found that someone had gained entry and, rather than taking anything, had left behind a copy of The Lonely Doll, a children's book from 1957.

The story apparently revolves around a lonely doll who befriends two teddy bears, named simply "Big Bear" and "Little Bear". The doll and the teddy bears make a pact to stay together forever.

The New York Daily News reports that police are treating the incident as a burglary, even though nothing appears to have been taken.