Yesterday, we talked a bit about the folks who shaped the face of comics in 2012, giving a list of candidates for our Person of the Year that ran the gamut from writers to publishers. As we all know, though, much of the comics industry today is in fact defined by the folks in Hollywood who generate billions of dollars and a ton of interest in the properties published by Marvel, DC and other publishers. So who would be our picks for comics's power players of the big and small screens? 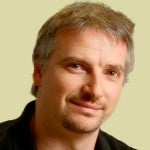 Glen Mazzara He was the man who saved AMC's The Walking Dead...before being dumped day before yesterday as part of what had to be the most bizarre single day of geek news in quite a while (Simone's re-hiring broke around the same time, leading to a parade of headlines from bloggers around the country that ended in "WTF?"). More than just a showrunner, Mazzara has been the public face of The Walking Dead for two years--its biggest advocate when it was under attack from critics in season two and the man who got most of the credit for the show recovering its footing and hacking and slashing its way to the top-rated series of the year. Joss Whedon In case it wasn't enough for an established geek culture icon to take on Marvel's The Avengers, the most ambitious and now the most successful superhero film ever conceived, the success of the film has paved the way for Whedon to change the face of the Marvel Cinematic Universe, effectively stepping up and taking the creative reins from Marvel executive Kevin Feige and Iron Man director Jon Favreau, who have been widely credited with big-picture ideas up until now. Not only did the studio announce a longer-term deal with Whedon that will see him direct a second Avengers and serve as a creative consultant on a battery of other Marvel hits-in-waiting, but he'll be heading up Marvel's S.H.I.E.L.D., a TV series for ABC starring fan-favorite character Phil Coulson--someone who was killed during Whedon's Avengers film, so it's an interesting creative choice to say the least. 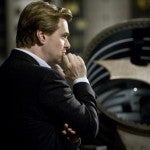 Christopher Nolan Nolan spent 2012 completing The Dark Knight Rises, the third in his epic, critically-acclaimed Batman trilogy and overseeing production on Man of Steel, the upcoming Superman reboot from director Zack Snyder which is widely rumored to be the starting point for a DC Cinematic Universe, with everyone from Batman to Wonder Woman rumored to appear. He's also, like Whedon, just a compelling personality. He's got his hangers-on and his regulars, which makes for ready speculation as to where those people might end up should he decide to stick with Warner/DC and be involved with the rumored Justice League movie, which is widely expected to be announced around the time Man of Steel's media campaign really heats up. 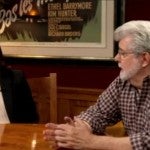 George Lucas He's the Man Who Sold the Worlds, with the Disney/Lucasfilm merger arguably the biggest entertainment news of the year, and certainly the biggest story in geek culture. Even before that, he made a bunch of headlines by announcing his retirement, and since then he's continued to impress by donating a bunch of money from the Lucasfilm sale to charity, and by vowing to stay a bit involved with Star Wars follow-ups for the near future. He's also created a potentially enormous footprint on the landscape of comics, with rumors that Marvel Comics will take over publication of Star Wars comics by 2015, meaning that not only with Dark Horse lose a sizable percentage of its publishing line, but it will do so at the time when those books are potentially the most valuable (right before the release of Star Wars Episode VII). 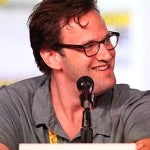 Andrew Kreisberg Along with Marc Guggenheim and Greg Berlanti, Kreisberg has returned DC Entertainment to The CW following the loss of Smallville--but more than that, he's aggressively working with DC to make sure it remains not only good, but true to the source material. Besides rolling out cast and supporting characters from the comics on the air, Kreisberg is currently working on a Booster Gold pilot for Syfy...and doing all of this while writing Justice League of America's Vibe for DC Comics and working on the Arrow digital comics (which have been surprisingly good). Now, if that Booster Gold show gets MADE, he'll be at the top of everyone's list next year. 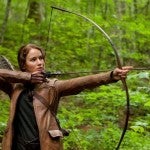 Jennifer Lawrence As the star of both X-Men: First Class and The Hunger Games, Lawrence is already one of the biggest young actors in Hollywood--but when you consider that both of those films have bigger, more ambitious and likely higher-grossing sequels coming up soon, you realize she's a formidable force. This is the year Lawrence made the jump from "that pretty girl who's in a bunch of stuff" to one of the top-grossing actresses in Hollywood, with one of the biggest franchises in entertainment right now (The Hunger Games) briefly threatened by her other film commitments when Fox called in her X-Men contract and the filming schedules started to conflict.