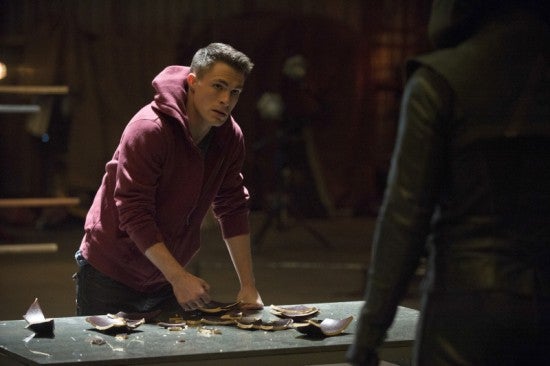 Colton Haynes, who plays Roy Harper on The CW's Arrow, has joined the cast of the Dwayne Johnson-led disaster movie San Andreas, Deadline reports. The film, which also stars Watchmen's Carla Gugino and True Detective's Alexandra Daddario, will revolve around the aftermath of a massive earthquake in California. Johnson plays a Special Ops pilot and firefighter who is searching for his daughter in the wreckage after the quake. Directed by Brad Peyton, San Andreas is due in theaters on June 5, 2015. Assuming Johnson's DC Universe movie role has been revealed by then, expect a press junket full of "Is Arrow connected to the DC cinematic universe?" questions when the two of them are appearing together.