This is a crossover I don't think anybody saw coming.

It's not a secret that Cody Rhodes, aka Stardust is a comics fan having modeled his ring attire from the looks of Dr. Doom and Mr. Sinister, but on the way to the ring he confronted Arrow star, Oliver Queen himself, Stephen Amell by a loud hiss. You can see Amell's reaction below, as well as the clip. 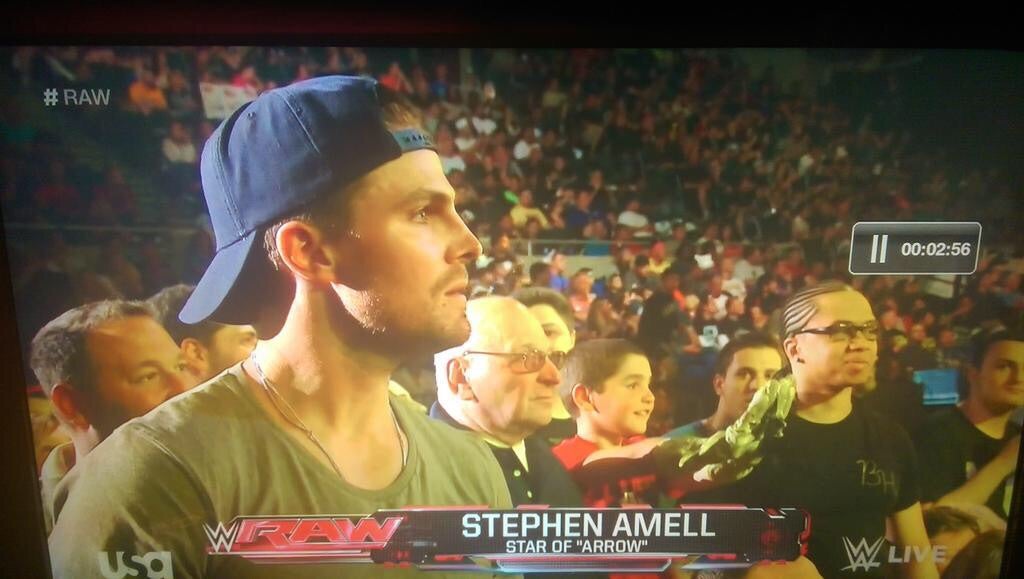 He even was invited backstage and ran into RAW heel commentator John "Bradshaw" Layfield, aka "JBL". He was called the star of Arrow as well as the upcoming Teenage Mutant Ninja Turtles 2.

Afterwards, Amell had words for the former Tag Team Champion.

Were you surprised to see Amell on RAW? Should he get in the ring with the likes of Stardust?