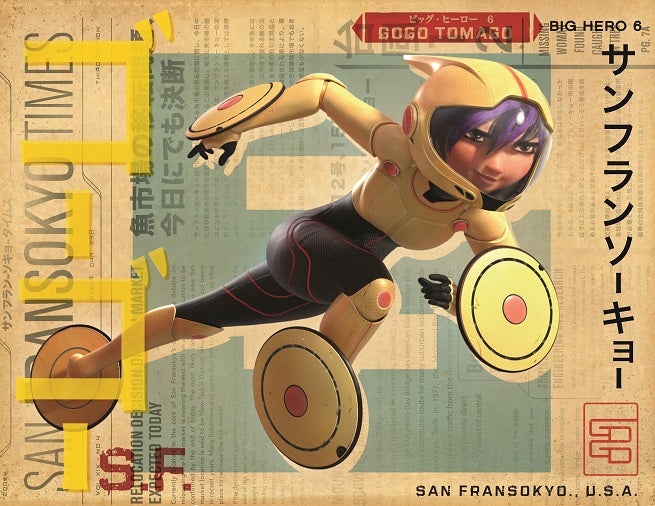 With Disney's Big Hero 6 coming to DVD and Blu-ray, the final flurry of new content from the film is starting to hit online, including some bonus clips and character style posters just released in support of the home video release.

Here's Disney's official description of the film: With all the heart and humor audiences expect from Walt Disney Animation Studios, "Big Hero 6" is an action-packed comedy adventure that introduces Baymax, a lovable, personal companion robot, who forms a special bond with robotics prodigy Hiro Hamada. When a devastating turn of events catapults them into the midst of a dangerous plot unfolding in the streets of San Fransokyo, Hiro turns to Baymax and his diverse group of friends — adrenaline junkie Go Go Tomago, neatnik Wasabi, chemistry whiz Honey Lemon and fanboy Fred — who transform into a band of unlikely heroes. Bring home Disney's "Big Hero 6," featuring comic-book-style action and hilarious, unforgettable characters — it's fun for the whole family!

You can check out the footage below.

You can check out the character style posters, including two for Baymax, below. Big Hero 6 is available for streaming and download now, and out on Blu-ray and DVD on Tuesday.