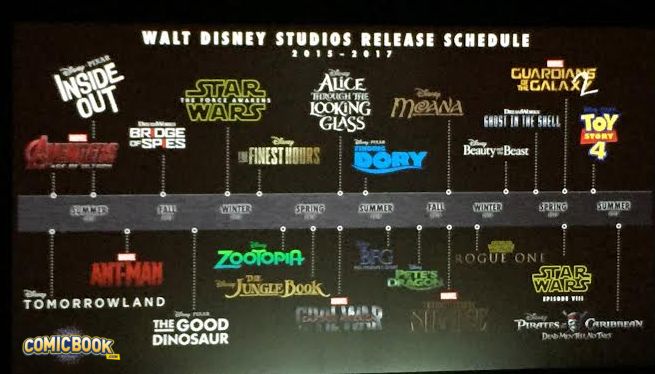 At 2015 CinemaCon, Walt Disney Studios unveiled a handy new chart highlighting their upcoming release schedule for 2015 to 2017. ComicBook.com was on-hand at the panel to capture the image above.

While the chart didn't contain any big surprises, it's a great reminder at just how strong Disney's upcoming release schedule is. It's also a great look at all the logos for Disney's upcoming films in one place.