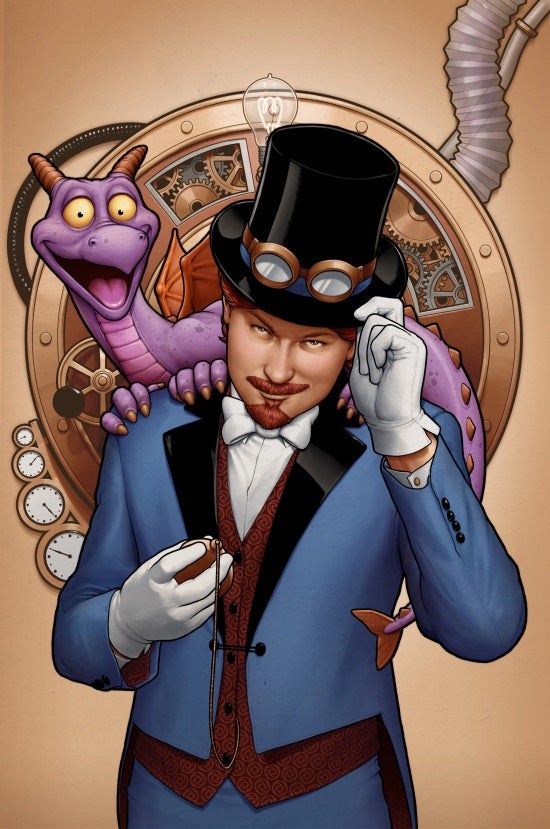 Marvel Comics has released a preview of Figment #1, from writer Jim Zub and artist Filipe Andrade. The series is a collaboration between Marvel Comics and Walt Disney Imagineering and will be publishing under Marvel's new Disney Kingdoms imprint. This five-issue miniseries is a steampunk adventure tale that will reveal the origin of the inventor called Dreamfinder and his dragon companion, Figment, two mainstays of Walt Disney World's Epcot Them Park. "Expanding the story of Figment has been intimidating, but I'm genuinely enjoying it," says writer Jim Zub in an interview with Marvel.com. "I want to do right by Disney fans and new readers alike, creating an entertaining story and that comes from working with engaging characters. Digging a bit deeper into Figment and Dreamfinder has been a fun challenge. In so many ways this story really is a 'Journey Into Imagination', in both word and deed." "After years of requests from Figment fans for new content starring their favorite purple dragon, the Imagineers suggested we expand upon the story told in the Journey Into Imagination attraction," explained editor Bill Rosemann. "Aiming to surprise them with an adventure they thought they'd never experience, we're traveling through the mists of time – and from Victorian-era London to the Nightmare nation and revealing how one intrepid inventor became the hero known as Dreamfinder…and also created his famous friend." Figment #1 ships in June. FIGMENT #1 (OF 5) (APR140657) Written by Jim Zub Penciled by Filipe Andrade Cover by John Tyler Christopher Disney Figment Variant by Andy Gaskill (APR140659) Walt Disney Imagineer Variant by Tom Morris (APR140658) Elements based on Figment © Disney FOC – 05/19/14, On-Sale – 06/11/14 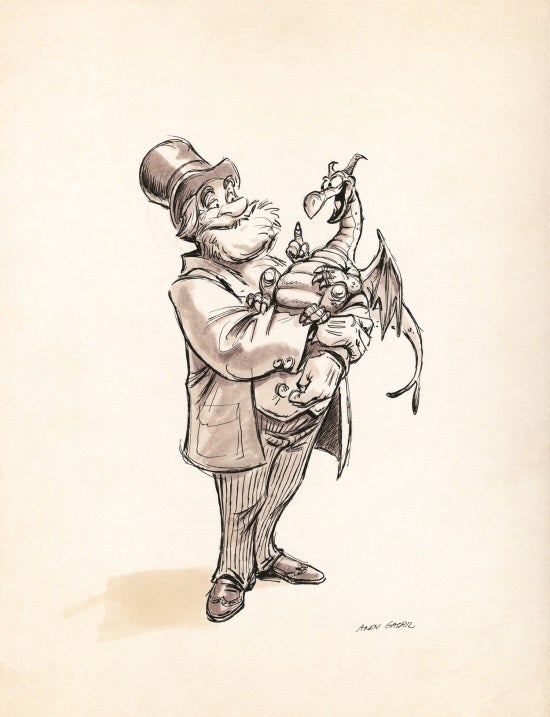 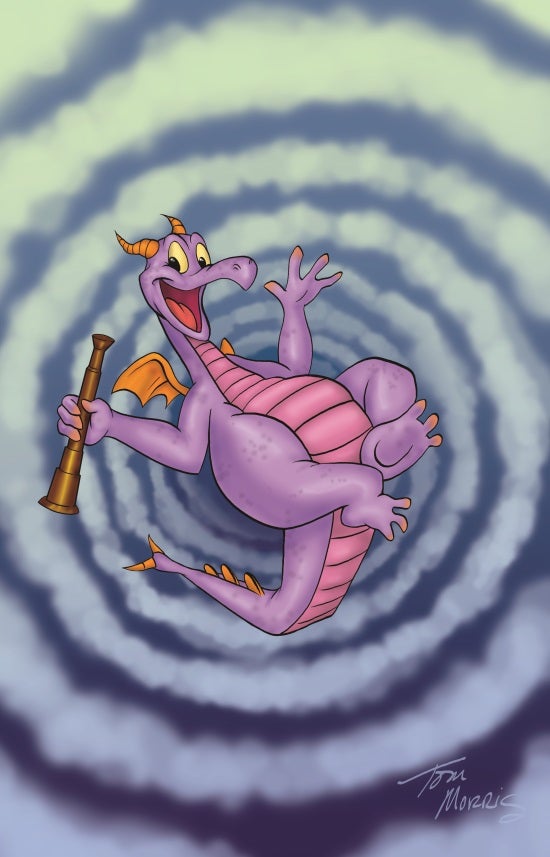 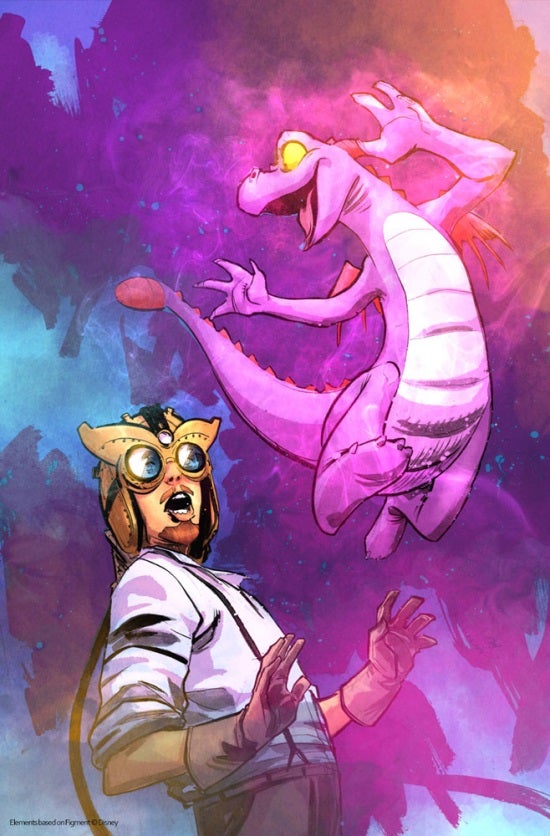 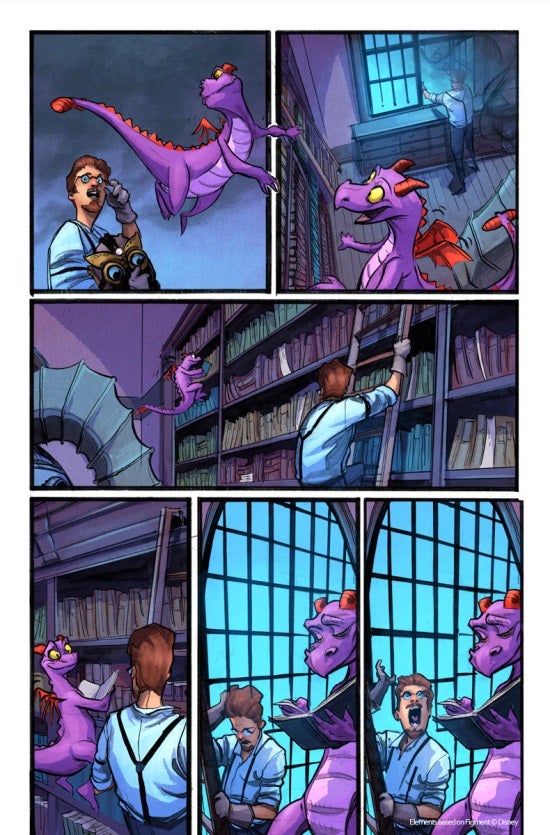 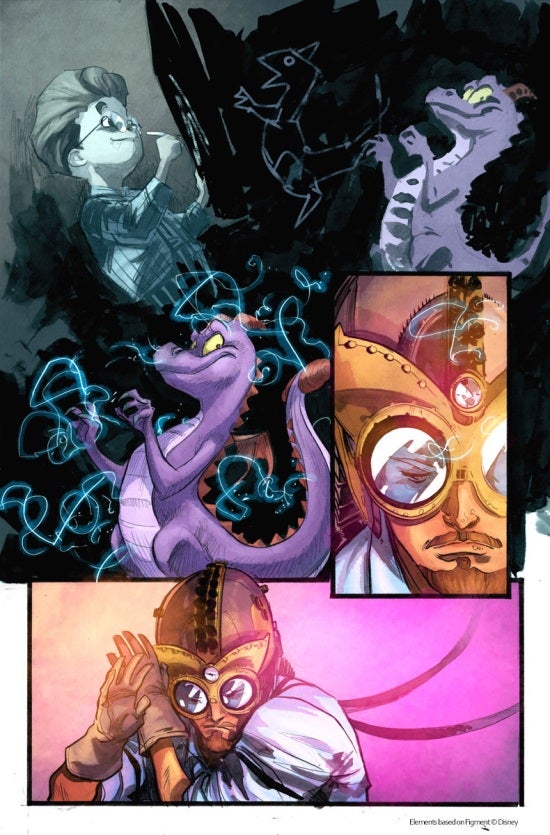 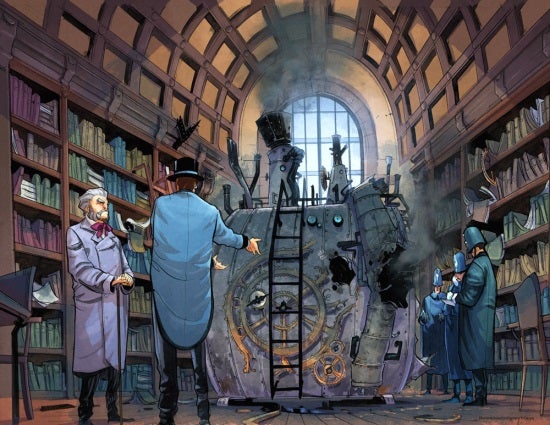