Marvel has announced that Disney Kingoms: Seekers of the Weird #1 has sold out at the distributor level. As a result, the issue will see a second printing. Seekers of the Weird #1 is the very first issue in Marvel's Disney Kingdoms line of comics based on worlds and attractions from Disney's line of theme parks. Seekers of the Weird is inspired by the unbuilt Museum of the Weird attraction that was intended to be an addition to the Haunted Mansion. Written by Brandon Seifert (Witch Doctor) with art from Karl Moline (Fray: Future Slayer), the series stars teenagers Maxwell and Melody as they race through the strange museum in search of their kidnapped parents. Along the way, they meet up with their strange, swashbuckling uncle and must save the world from a secret society and discover the truth of their strange destiny along the way. Both the second printing and the series' second issue will arrive in February. 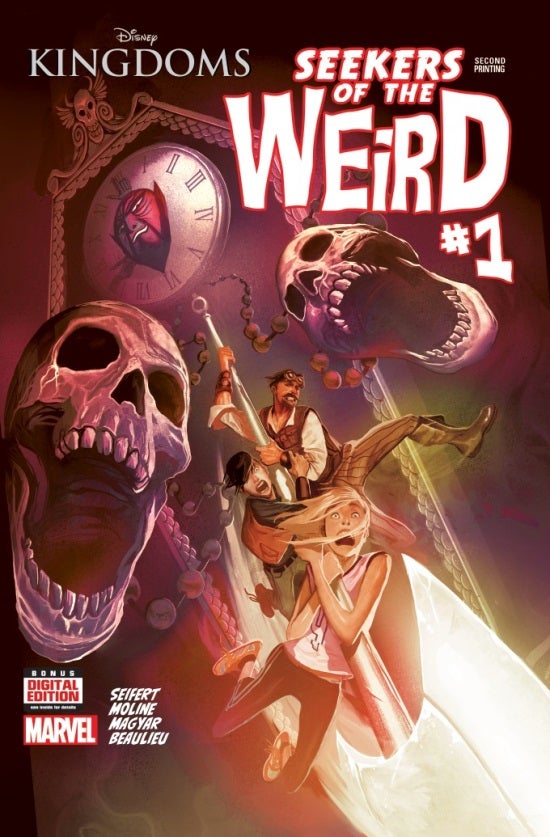 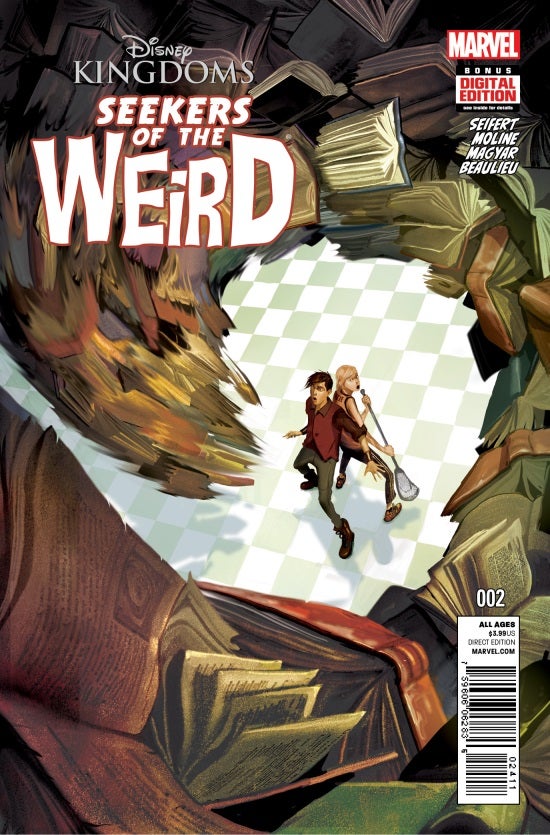 Disney Kingdoms: Seekers Of The Weird Heads Back To Printer