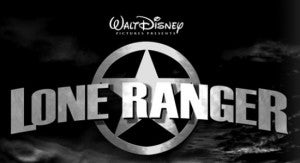 Walt Disney Studios announced today that principal photography has begun on their new film adaptation of The Lone Ranger, directed by Pirates of the Carribbean helmer Gore Verbinski and starring Johnny Depp as Tonto. The film will reportedly film both exterior locations and studio work in New Mexico, Arizona, Utah and Colorado and is aiming for a May 13, 2013 release date. Superstar Jerry Bruckheimer, who has had his hands in everything from National Treasure to CSI, will produce. The troubled production, which was briefly canceled before returning to Disney's production slate, will reportedly see the title hero (played by The Social Network's Arnie Hammer) facing off against werewolves and will feature a budget north of $200 Million. Disney's next big-budget film, John Carter, will also be based on decades-old source material and hits theaters next Friday.