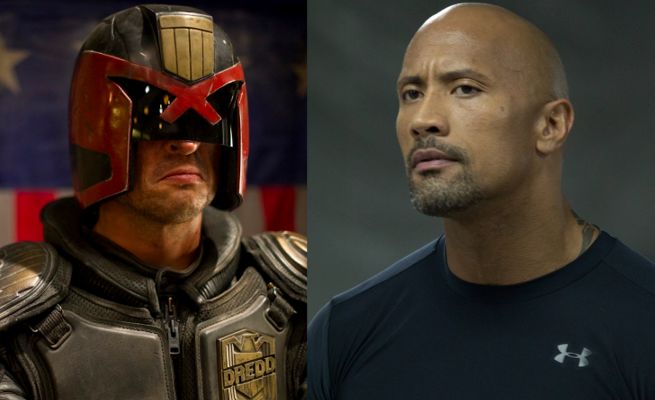 Dredd was a wonderful movie, which unfortunately far too few people actually saw at theaters. Despite the low box office numbers, the fans who did see the film loved it and have campaigned long and hard for a sequel to the film.

In online video, Dredd executive producer Adi Shankar has outlined some ways in which Dredd 2 could get made. The three options Shankar mentions is lowering the budget, getting a major filmmaker, or casting a movie star. Unfortunately with lowering the budget, Dredd 2 might have to be a found footage film, which nobody would watch. In regards to bringing in a big name director, it's not realistic because a major filmmaker wouldn't want to direct a sequel to someone else's franchise.

The third option of bringing in a movie star to appear opposite Karl Urban and boost the value of the film is probably the most viable option. Shankar says, "Maybe, we get The Rock in, and f***ing save this franchise, because The Rock f***ing saves everybody's franchise. But you know, it's kind of simple actually."

So what do you think? Would you like to see Dwayne "The Rock" Johnson in Dredd 2?