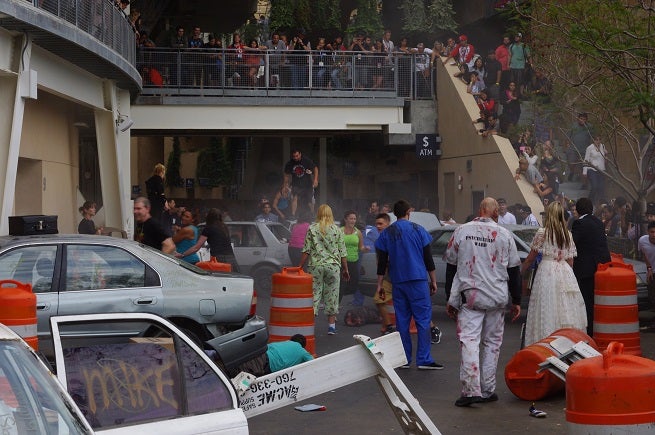 Tonight, The Walking Dead Escape, an obstacle course set in the world of Robert Kirkman and Charlie Adlard's The Walking Dead, complete with apocalyptic news footage, burned out cars and more, takes Hartford, Connecticut as it winds its way across the country for Comic Con International: San Diego at the end of July.

The Escape combines elements of obstacle course races (although it isn't timed; there's a theatrical element that ensures anyone hoping to race through it will be confounded) and haunted houses (although it's larger-scale and less confined...mostly).

Last month, as they were preparing for a stop in Atlanta -- the home of the mega-hit AMC TV series based on the comic -- President of Skybound EXP and co-founder of Ultimate Fighting Championship joined ComicBook.com for a talk about the Escape, why it's so appealing and what makes it so cool.

Check out a preview of the Escape below and then read on...

"Working in Atlanta feels like coming home. Obviously the show is filmed there, and it's become a hotbed for The Walking Dead fans," Isaacs said. "I just left a radio station and they have EFX Studio, who do makeup from the show, coming out to do it there and that kind of engagement with the community is great." 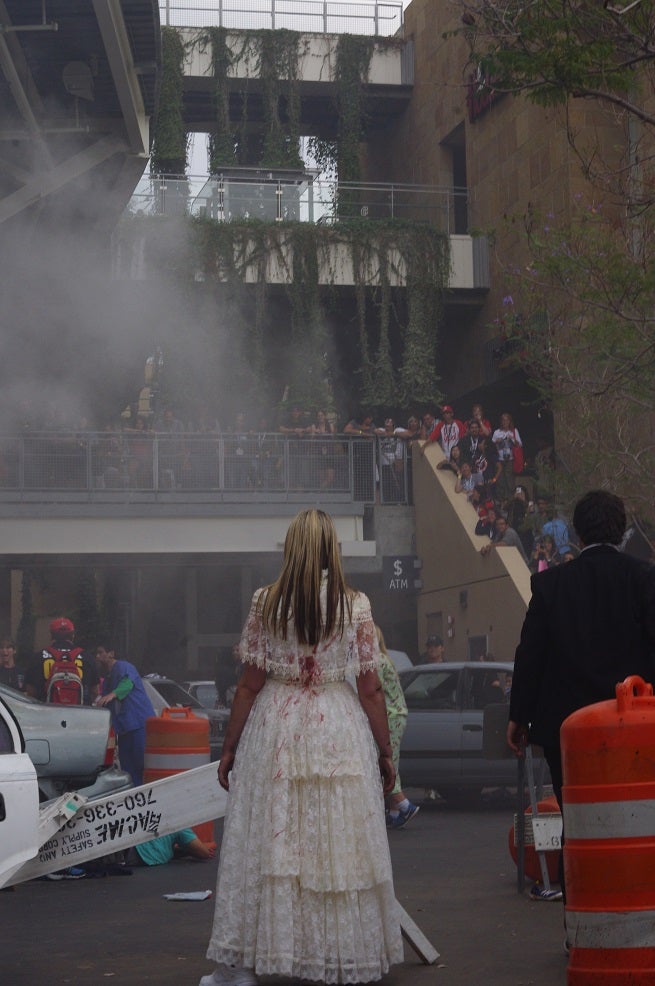 Working in an environment where there are Wizard World conventions or other big shows is "very different" from Comic Con, where there are 150,000 people across the street," he said. He added that the comics community "are a very core fan base for us; they're a big part of our marketing and there's a lot about The Walking Dead Escape that's made and marketed directly for them."

He added that when they have to do more broad-based marketing on radio, TV, billboards, online and the print press, it generally requires a "more explanatory" approach where as comic conventiongoers already know and understand more about something like this than the general public.

"Comic cons get it quickly, but we see that there's a need for an educational process with people in the general market."

He added that "zombie culture fans sign up first, they get VIP tickets, they want to be walkers. When I meet people who describe themselves as The Walking Dead fans, they're rabid."

Especially in cities like Atlanta and San Diego, then, he says superfans tend to turn out, excited to be made up by the zombie team behind The Walking Dead TV series and to immerse themselves in Kirkman and Adlard's world -- or a version of it. 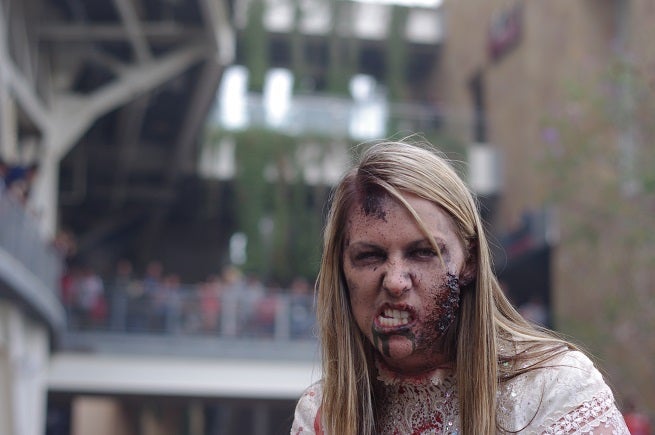 Asked what he himself would do in the event of a catastrophic zombie apocalypse scenario, Isaacs was fairly confident -- or at least curious.

"The survivor part fits my personality," he admitted. "I think to myself, 'What would I do?' 'Would I survive?'"

He said that the same thinking you apply to the zombie apocalypse can be applied to any number of scary situations -- which is why the U.S. government has used The Walking Dead as a training tool for emergencies.

Saying that in the event of a zombie apocalypse, you would want to assemble an emergency kit before leaving the house, he added that for many in major cities, the terrorist attacks of September 11, 2001, already demonstrated that having something like that on hand is a smart idea even without a zombie horde pounding at your door.

The point the CDC was trying to make, he said, was that "it won't necessarily be zombies but we don't know what's going to happen. There are times in the world where the rules break down and that's the lure of The Walking Dead. Society and its dictates are turned upside-down."

That campaign, he said, "could have been anything" but "zombies make it fun." 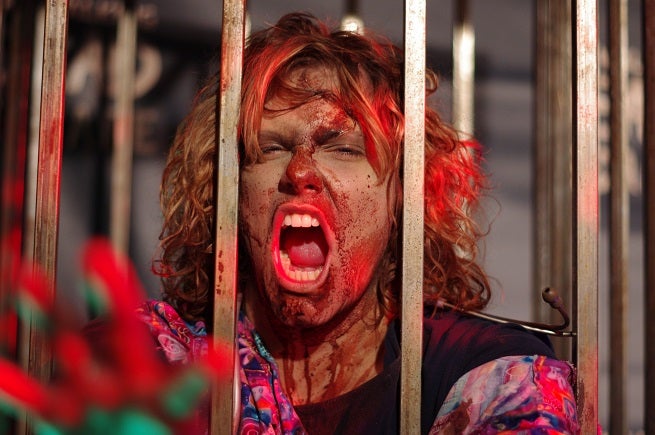 He said that much of the success of properties like The Walking Dead hinges on people's fascination with "a world where nobody knows" what danger is around the corner, and that they've managed to put some of those anxieties into The Walking Dead Escape.

When you're in a power outage in an ice storm, he said, an evacuation center can look creepy at night, and seem haunted from the outside. In the Escape, it's easy enough to take that impression one step further, using effects to make the area around the event seem distressed.

"I think there's a vision to this," he said when asked whether it's cool when the TV series seems to find commonality with the Escape, as happened in the Season Four finale. "We take cues from the comics and so do they, so it all fits together but it's never identical. If it's the TV show, if it's the Telltale Game, you feel like you're in The Walking Dead even though it's different stories, different characters, and that's what we're going for."

He said that feel helps them to differentiate The Walking Dead Escape from other "zombie runs," haunted houses and other smaller-scale events that could seem similar to an outsider.

"When I ran the UFC, the [introduction of the] Octagon changed everything. You turned on your TV and you knew it wasn't boxing." He added that's what he feels they've done with The Walking Dead Escape.

"I think of those as a physical challenge, where the mental part is pushing yourself to your physical limits," he said of zombie runs in particular, describing the Escape as being a "mental challenge that involves some physical."

He admitted there are similarities but that while runners train for races, The Walking Dead Escape's appeal is wondering how you would do in the scenario presented and, even if people could anticipate the always-changing landscape of the Escape, training wouldn't really be a big part of the experience.

"What surprises people is that the idea you have going in might not be how the course plays out for you," he said. "There are decisions you have to make quickly that have a direct impact on you and others around you, which is part of the fun. It's like a chess match, but happening at real-life speed."

Exclusive: Skybound's David Isaacs On The "Vision" of The Walking Dead Escape