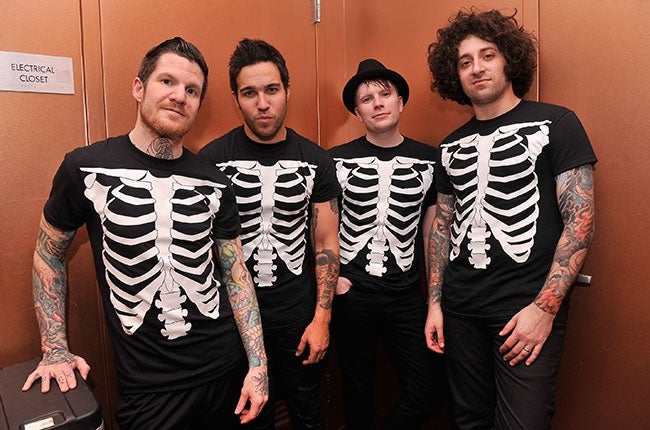 The rock band, which is known for singles like "Sugar We're Goin Down, Down" and "Thnks fr the Mmrs" will launch their new song, "Immortals," for the soundtrack. The soundtrack will also include original scoring from the film's composer, Henry Jackman, who also scored Captain America: The Winter Soldier and Wreck It Ralph.

According to Disney, "Immortals" will hit the film during a sequence in where Hiro Hamada, his friends, and robot Baymax are upgraded from low-tech do-gooders to high-grade superheroes.

"The idea of this kid stepping up on behalf of his brother is what inspired the song's title 'Immortals,'" Patrick Stump, Fallout Boy's lead guitarist and vocalist, said. "Your victories aren't exclusively yours, so the fact that all of these people are coming together to help him get to the finish line is really exciting."

The soundtrack goes on sale November 4th. Big Hero 6, which is based off of the same-named Marvel Comic, hits theaters on November 7th.